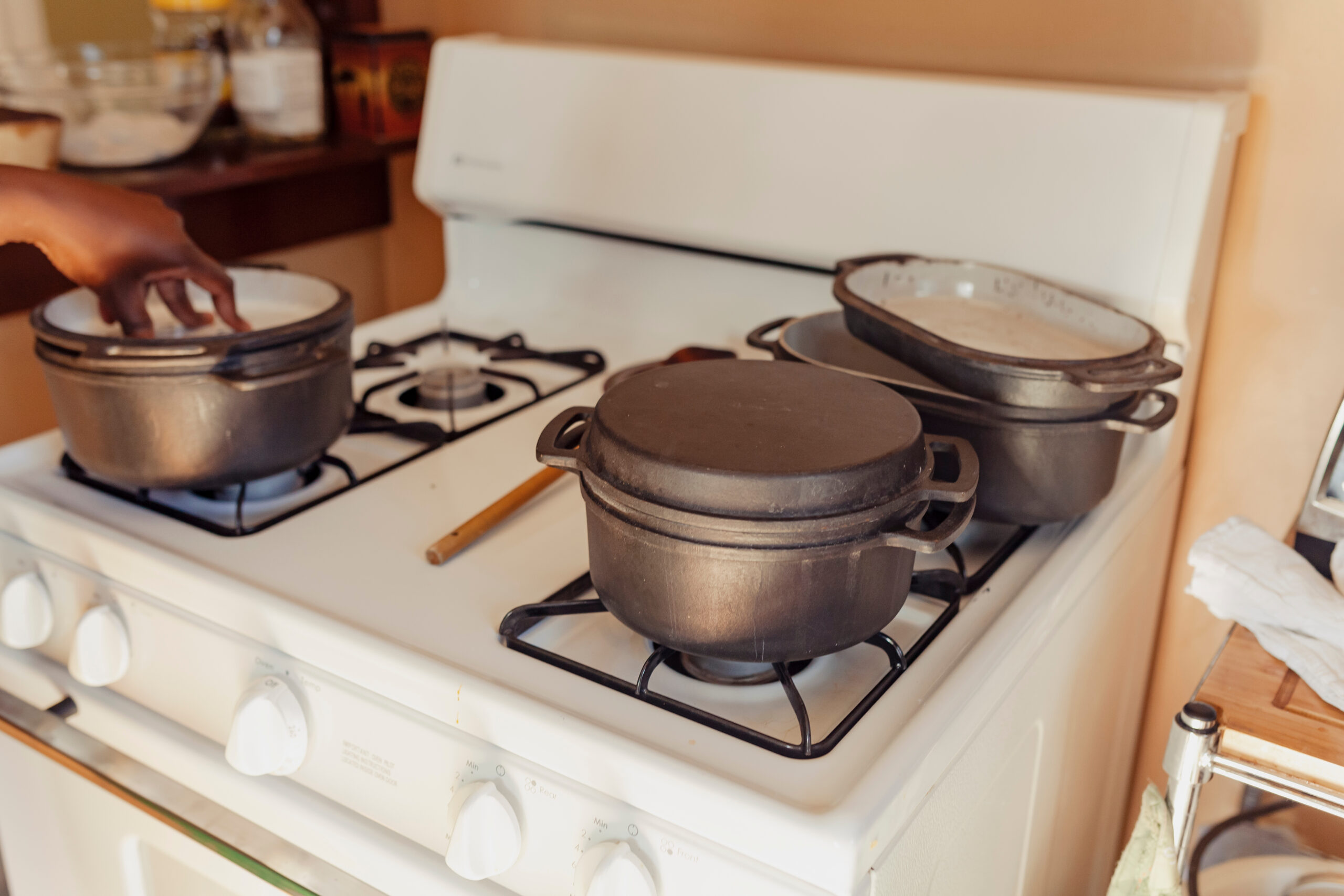 Natural gas used in homes contains a host of toxic chemicals that are harmful to human health, and leaks could expose people to cancer-causing pollutants without them even knowing it, and according to a new study published on Tuesday.

“What we commonly hear is it’s mostly methane, and of course that’s really important because methane is a very strong greenhouse gas,” said Drew Michanowicz, a visiting scientist at the Center for Climate, Health, and the Global Environment at Harvard T.H. Chan School of Public Health, and a lead author of the study.

“But from a health perspective, that really doesn’t get us the whole way there. We really need to know what else is in unburned natural gas at the point where we use it, at the point where it’s delivered to our homes and buildings to really get a better sense if this is an under-appreciated health impact pathway,” he added.

A separate study from earlier this year found that gas stoves can leak 0.8 to 1.3 percent of the gas they use, as gas escapes during the ignition process and, importantly, can leak even when they are turned off.

But this latest study entitled Home is Where the Pipeline Ends, published on June 28 in Environmental Science & Technology, a peer-reviewed journal, is the most comprehensive look to date at the chemical makeup of natural gas used in homes and buildings.

The researchers took samples from 69 homes across 15 different communities in and around the Boston, Massachusetts region. They analyzed the 188 air toxics listed by the U.S. Environmental Protection Agency, and found that the natural gas used in homes and buildings contained 21 different pollutants.

“The most concerning is benzene, which we detected in 95% of our samples,” Michanowicz said on a call with reporters. “Benzene is concerning because it’s a known human carcinogen, it affects white and red blood cells, it leads to anaemia and decreased immune function. Because of that, it’s strongly regulated.” He cautioned that the study found relatively low levels of benzene, but because it is harmful, and because natural gas is so widely used, the findings are significant.

In addition, the study found that people could be exposed to leaks without even knowing it. While methane is odourless, odorants are added to the gas stream to make leaks more noticeable. “Really, this is the only line of defense that we have,” he said, referring to the ability to smell gas to help detect leaks.

However, the researchers found that the odorants in their gas samples varied quite a bit, and were systematically lower in wintertime compared to other times of the year. “The way to think about that is if there’s less odorant in the natural gas stream, there is a higher potential for larger leaks to exist without a smell to them. So, it’s really, really, important for the concentration of these odorants to remain consistent, and we found that they did not,” he said.

The study did not detail exposure risk, but merely tried to identify the specific chemicals found in gas used in homes. More research is needed to flesh out health risks.

Indoor spaces is “where we spend up to 90% of our time – think about 20,000 breaths per day – so any small leaks of these hazardous air pollutants in our homes can potentially impact our health,” Michanowicz said.

The latest study adds to a growing body of research that points to the health risks of using gas in homes and businesses. Other studies have already indicated that burning natural gas indoors can be hazardous to human health. Gas stoves can emit nitrogen dioxide, carbon monoxide, and formaldehyde, and separate studies have linked the use of gas in homes to an estimated 42 percent increased risk of childhood asthma.

The findings that there are more pollutants found in unburned gas piped into homes, which can leak even when stoves are turned off, adds further concerns. “This study really raises the question of whether there may be additional health risks that are coming purely from leaking natural gas in the home or even in other exposure scenarios, like occupational exposures, that really haven’t been looked at yet,” Dr. Curtis Nordgaard, an environmental health scientist at PSE Healthy Energy, an Oakland, California-based nonprofit research institute, told reporters.

He said that people who work in commercial kitchens or pipeline workers fixing leaks may be particularly at risk.

“It is reasonable to conclude that our gas supply, it is not as clean as we thought it was once,” said Zeyneb Magavi, co-executive director at Home Energy Efficiency Team (HEET), a Cambridge, Massachusetts non-profit.

Leaking methane is also a massive climate problem. A study from last year found that the gas pipeline network in Boston is leaking as much as 2.5 percent of all gas passing through the system, or six times higher than official state data suggested. Those leaks occurred in ageing and creaky distribution pipelines, as well as from homes and businesses. After factoring in methane leaks further upstream – gas escaping from gas wells, compressor stations, and long-distance pipelines – the leakage rate for the entire gas supply chain could top 4.7 percent, that study found. At that rate, the climate impact of gas is worse than coal.

While the climate impacts of the gas industry are profound, the emerging research on the health impacts of gas inside the home may resonate with people to a greater degree.

“A fossil fuel pipeline literally ends where the kitchen begins. This is a direct conduit to a gas well faraway deep underground,” Michanowicz said. Once people understood that connection, it was easy to understand that the same dynamic occurs with gas furnaces and water heaters, he said. That can quickly “unlock” conversations about climate impacts of the gas system.

“Cooking over a natural gas flame is probably the most intimate connection with climate change that you never think about,” Michanowicz said.

« Faster energy transition will create jobs, cut bills
Climate litigation on the rise globally, says LSE study »
Manage your preferences
To provide the best experiences, we use technologies like cookies to store and/or access device information. Consenting to these technologies will allow us to process data such as browsing behavior or unique IDs on this site. Not consenting or withdrawing consent, may adversely affect certain features and functions.
ACCEPT DECLINE VIEW PREFERENCES
Manage consent