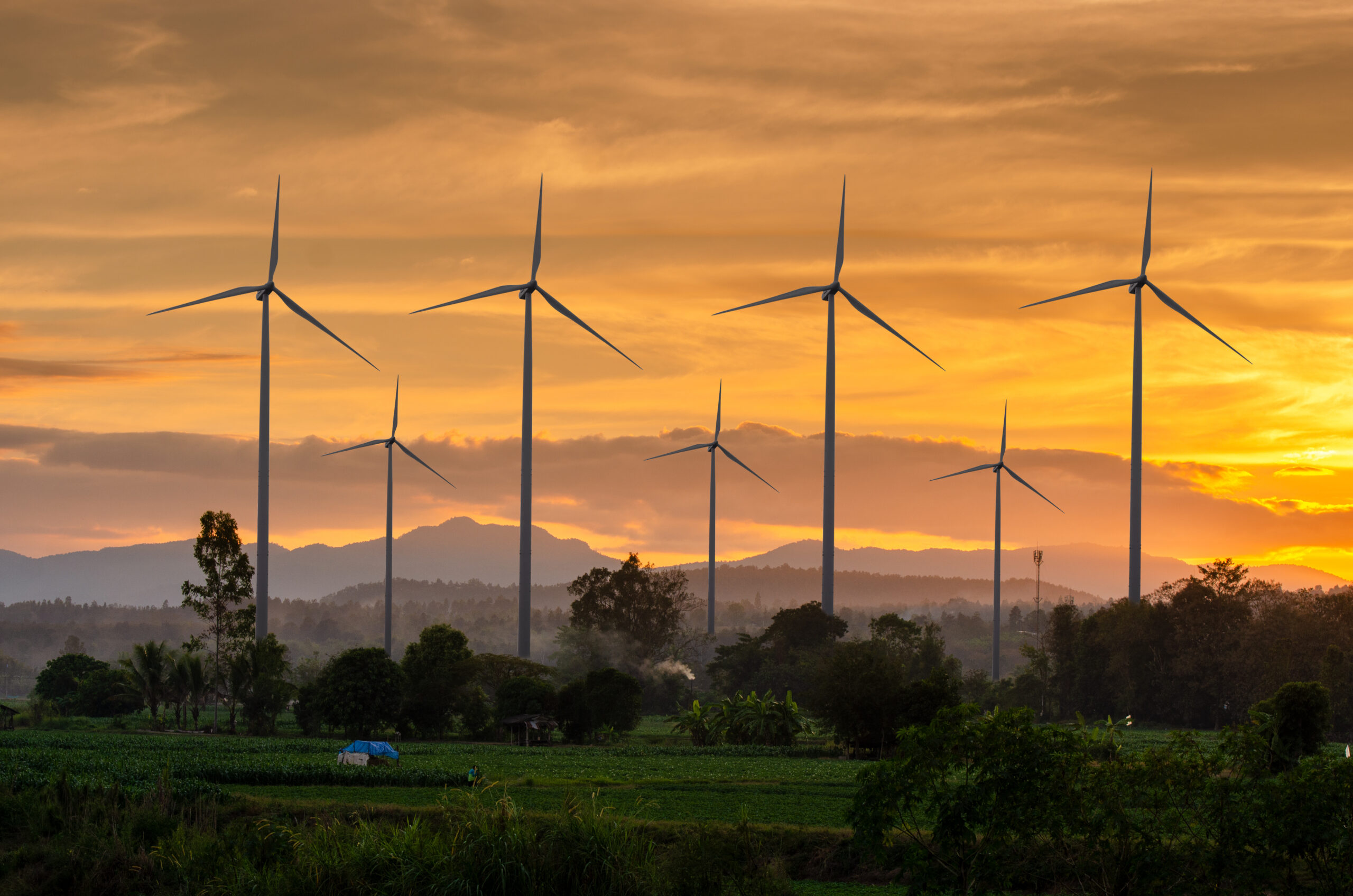 A new poll suggests that support for nuclear power is growing in Japan, against a backdrop of surging power prices and fears of energy shortages, but critics say renewables would provide a safer path to decarbonization.

Admittedly, Japan’s new margin of support for nuclear is still slim, coming it at some 53%, according to a Nikkei poll, published last month. Still, it’s up considerably over the past ten years and even over the past few months.

The poll indicated that supporters believe nuclear reactors should restart as long as their safety can be guaranteed. Some 38% of Japanese still maintain that they should remain shut down.

Current support is up from 44% in September in a similar survey, which in turn shows a slow but steady upward trajectory in nuclear power approval in the country.

Japan is still planning to restart its remaining idled nuclear power reactors that were shut down more than a decade ago following the Fukushima nuclear reactor meltdown. To date, ten reactors have come back online since then, with some 16 in the process of restart approval, and around 14 listed as operable.

Now, that government initiative to restart nuclear reactors needed for power generation has the backing of the Japanese public for the first time since the March 2011 nuclear meltdown, the most severe nuclear accident since the Chernobyl disaster in 1986.

The Fukushima meltdown also changed the global energy space, with a pivot away from nuclear not only in Japan and neighbouring Taiwan but in much of Europe. Those energy market repercussions can still be felt today, contributing to the ongoing historic energy crunch on the European continent.

However, developing more nuclear power is not without its critics. At COP26 in November, environmental initiative Scientists for Future (S4F) argued in a paper on nuclear energy that considering the current overall energy system, nuclear energy is by no means without environmental problems, including its uranium footprint and problems associated with decommissioning and consumed fuel rods.

Other major environmental concerns related to nuclear power include the creation of radioactive wastes such as uranium mill tailings, spent reactor fuel, and other radioactive wastes. These materials remain radioactive and dangerous to human health for thousands of years.

A Greenpeace report issued in March to mark the 11th anniversary of the Fukushima nuclear accident said that “nuclear power is not a climate crisis solution.” It added that natural disasters remain problematic for Japan’s nuclear build-out leading to a possible future humanitarian crisis in case of another meltdown. It argued that risk could also escalate during conflicts, such as in the case of the Zaporizhzhia nuclear power plants situation in Ukraine earlier this month.

Some have also pointed to renewables as a way for Japan to offset the need for more nuclear reactors needed for power generation. In October, the country set ambitious targets for renewables to make up as much as 30% of its power generation mix by 2030, aiming for 14-16% from solar, and 5% from wind.

However, a lack of available flat land for solar and wind power in Japan remains problematic, according to industry reports.

Tsuchida said that the land issue has two implications. This includes “the limitation for building solar or land-based wind, and also for them to provide geographical diversity. For example, the risk of wind not blowing in one location can be hedged because its blowing elsewhere.”

“Japan, like Vietnam, is long north to south so there is not much diversity for solar,” he said. “Further, the grid is split into two parts – the eastern half (Tokyo and the north) is 50 Hz while the western half (including Nagoya, Osaka, Kyoto, etc.) is 60 Hz.”

“As result, each of these two systems is more concentrated, aggravating the lack of land/diversity issue.”

Part of the reason for the increased approval likely comes from surging power prices in the country in lockstep with repeated government and industry warnings of potential power shortages.

Two weeks ago, Japan issued its first ever power shortage alert to avoid rolling blackouts, following a 7.4 magnitude earthquake off its northeastern coast that resulted in the shutdown of six thermal power plants.

It should be noted that the Nikkei survey was conducted 10 days after Japan’s most recent quake, pointing to more concern over higher energy prices and energy security than even natural disasters.

Wholesale electricity prices, for their part, were already trending higher in Japan, recently forcing at least four power companies to halt retail operations. Since most power retailers have to buy expensive power from the wholesale market, then sell that supply to customers at a much lower set rate, losses ensue.

There are several take-aways from both Japan’s growing approval of nuclear power and the government’s goal of restarting idled reactors. The first take-away is how it could impact global LNG markets.

Japan was the top global LNG importer for decades, losing that slot only recently to China, but will remain a major global LNG player, both in terms of import volumes and as a re-seller of the super-cooled fuel, particularly its major gas utilities.

Japan’s pivot back to nuclear power would also help the country meet its net zero by 2050 goals easier than if it continued over-reliance on LNG for power generation. Japan still relies on natural gas for around 20% of its power needs.

Japan’s plan of incrementally bringing its remaining nuclear reactors back online could also free up considerable LNG volumes that could help alleviate the ongoing global LNG supply-demand imbalance. That supply crunch could persist until at least 2025 or longer, depending on when more LNG export projects, particularly in the US, will become operational.

These volumes could also help put a floor under record high gas prices in Europe and Asia, while also helping Europe move away from geopolitically charged Russian gas, though admittedly it would still be at best a mid-term solution.  At this point there seems to be no discussion around how this specific dynamic could play out.

Kumiko Shibaoka, Head of Research, Shulman Advisory, Tokyo, told Gas Outlook that the restart of nuclear power plants in Japan would be a strong message from the government about its seriousness to achieve its 2050 decarbonization goals, and would encourage Japanese industry to get serious with its own decarbonization strategies.

However, she also pointed to several remaining challenges, including tough new regulatory standards from the Japanese Nuclear Regulation Authority. “New anti-terrorism requirements, in particular, have caused several plants that had been restarted to be shut down again,” she said.

“Japan’s frequent earthquakes are a problem that will never go away and will always make the operation of nuclear plants in the country a difficult issue,” she added.

Battle Group consultancy principal Bruce Tsuchida, who has experience working in the Japanese power sector, pointed to several benefits that can be derived from the country’s pivot back to nuclear power.

“First, it provides energy security and price hedging against volatile fossil fuel prices,” he told Gas Outlook. “Increasing nuclear contributes to fuel security, although this is in the shorter-term, at the end of the day, uranium processing also relies on imports.”

“Japan is also known for exporting high-tech industrial products, recognized by the general populous through automobiles and consumer electronics, so maintaining a stable price of power, which is the bloodline for manufacturing, becomes very important.”

He added that more nuclear reactors also help reduce carbon emissions for the island nation that doesn’t have a lot of spare land to add wind turbines or solar panels.

« Ukraine war, prices jeopardize Thai climate goals
Biden breaks campaign promise with federal lands lease sale »
Manage your preferences
To provide the best experiences, we use technologies like cookies to store and/or access device information. Consenting to these technologies will allow us to process data such as browsing behavior or unique IDs on this site. Not consenting or withdrawing consent, may adversely affect certain features and functions.
ACCEPT DECLINE VIEW PREFERENCES
Manage consent