Democrats lost control of the U.S. House of Representatives, ending a lengthy probe by the House Oversight Committee into the fossil fuel industry. But the inquiry uncovered extensive documentation that majors continue to mislead the public about their commitments to climate change. 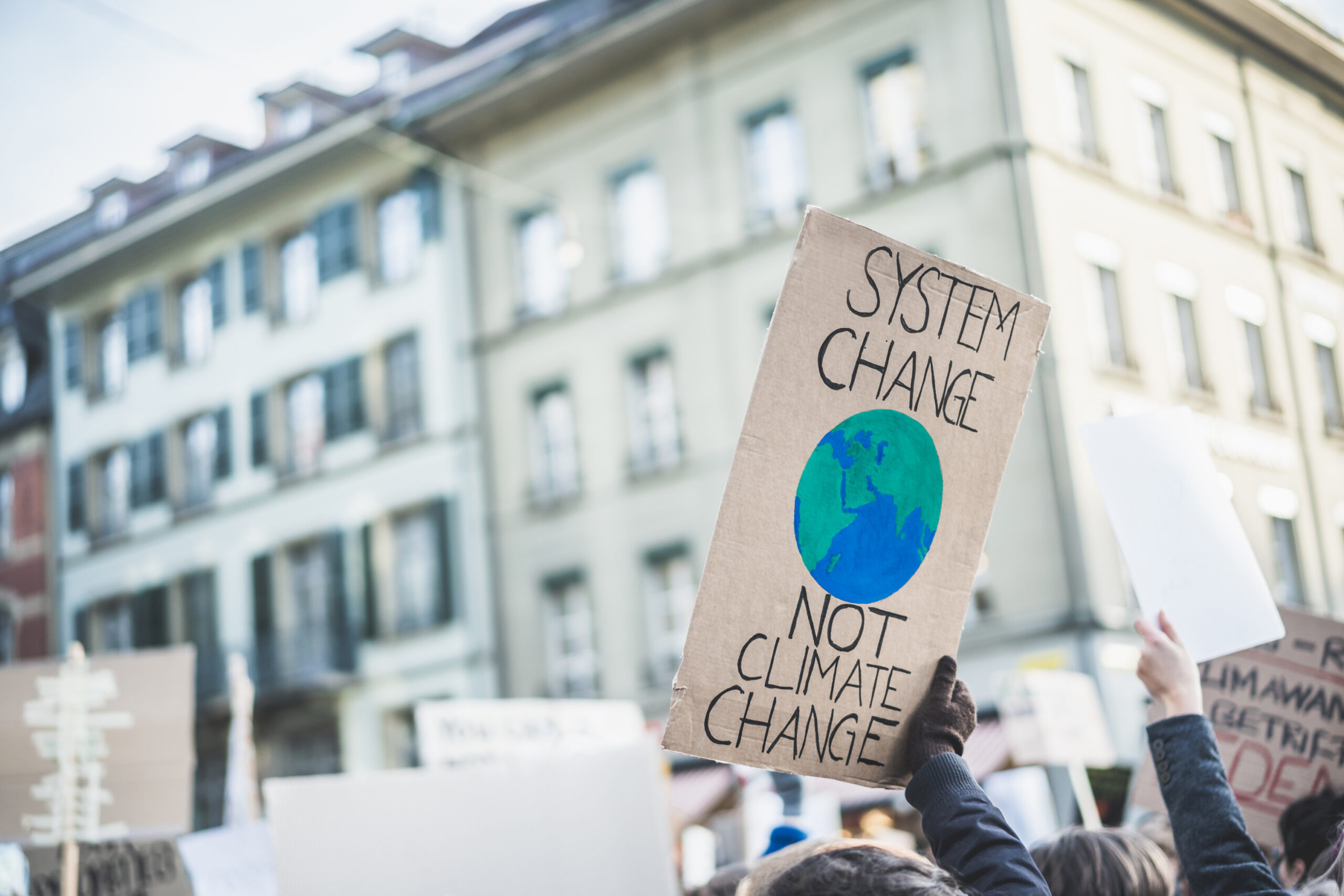 In December, the U.S. House Oversight Committee wrapped up an investigation into the oil and gas industry that lasted more than a year, releasing its last tranche of documents just before Democrats lost majority control of Congress. Experts say the investigation revealed an ongoing pattern of industry deception and greenwashing, and succeeded in putting major fossil fuel companies on the defensive. But the probe now goes dormant with Republicans ascending into the majority and assuming control of the panel.

In October 2021, the Oversight Committee hauled the CEOs of major international oil companies — Shell, Chevron, ExxonMobil, and BP — into a public hearing and grilled them on their longstanding records of climate denial and obfuscation. The investigation also looked at lobbying groups that engage in some of the influence campaigns and arm-twisting behind closed doors in the halls of Congress on behalf of the industry, such as the U.S. Chamber of Commerce, a powerful business lobby, and the American Petroleum Institute, the largest oil industry lobbying outfit.

The last document dump by the House Oversight Committee in December showed that major oil and gas companies continue to greenwash their operations in an effort to deflect public scrutiny and prolong the operations of their polluting assets.

For instance, in a 2016 email, Seymour Khalilov, an executive for BP, characterized the company’s strategy to head off climate regulations in the U.S. “[W]e wait for the rules to come out, we don’t like what we see, and then try to resist and block,” he wrote.

A more damning admission came from a former executive at BP in an internal email in which the company described natural gas as a “destination fuel” rather than the oft-repeated framing in public that gas should play a role as a “bridge fuel,” or a temporary source of energy until the clean energy economy takes over.

“For sure the bridge is very long in any event, but it is conceivable that gas could serve as a destination fuel to back up intermittent renewables (possibly with CCS) in the much longer term,” Bob Stout, a former BP executive wrote in a 2017 email. “We would not want to spell all this out, but also not implicitly concede the point by referring to it mainly as a ‘bridge.’”

The documents also demonstrated that the industry offers token gestures to reduce emissions with the objective of safeguarding a future for fossil fuel production. A 2021 email by Mike Sommers, CEO of the American Petroleum Institute, said that the group’s support for reducing emissions from gas flaring offered “an opportunity to further secure the industry’s license to operate.”

The batch of documents illustrate “how the industry uses greenwashing in order to delay and distract,” Christine Arena, a former vice president at the PR firm Edelman, who now works to expose greenwashing by fossil fuel companies and the PR industry, told Gas Outlook. “The findings are significant in that they reveal an ongoing pattern of deception.”

The industry “upholds its social license to operate by falsely promoting fossil gas as a climate solution while not disclosing the dangers of methane or the fact that the burning of its products is the primary cause of the climate crisis,” Arena added. “The industry intends to increase production under the guise of environmental responsibility.”

Members of Congress working on the House Oversight Committee said that the companies stonewalled efforts to obtain documents over the course of the investigation, likely in an attempt to run out the clock. As of January 3, the Republicans assumed the majority in the House of Representatives, ending the Democrats’ control of House congressional committees, and with it, their ability to conduct investigations and subpoena documents.

The switch of power was immediately evident as all links to the investigation are now broken.

But climate accountability experts say the inquiries were substantive and scored some notable achievements.

“The committee’s hearings and reports clearly showed how Big Oil knew its product was causing global warming, lied to the public about it, and is still lying today. Now, we need to see more concrete actions to make them pay,” Jamie Henn, the director of Fossil Free Media, a non-profit that supports the movement to end fossil fuels, told Gas Outlook.

The early history of climate denial and coverup — that companies like ExxonMobil knew about climate change decades ago, and instead of informing the public, waged influence campaigns to mislead the public — has been well-documented in recent years.

What the latest congressional investigation adds is evidence that the public deception continues up to the present with evolving tactics, according to Richard Wiles, President of the Center for Climate Integrity, a watchdog group.

He said the value of the congressional investigation is that it uncovered internal communications that clearly show that the major oil companies continue to say one thing internally, and another externally.

“There is a lot of really helpful evidence that the companies are just flat out not telling the truth about their commitment to solving climate change. That they are gaslighting the public, they’re lying to the public, and they’re misleading the public about their commitments to green technologies, renewables, reducing emissions, net-zero….it’s all bullshit,” Wiles told Gas Outlook. “Easy for me to say. Nobody cares if I say that. But when you have them saying it — that’s what’s powerful.”

But the Democrat-led investigation also resulted in an eleventh-hour disappointment for climate accountability groups. The House Oversight Committee had until January 2 to hand over all the documents in its possession to some other entity that could have carried the work forward, such as the U.S. Senate, where Democrats still have a majority, or an executive branch agency like the Department of Justice. For some reason, they did not do that. As a result, some of the documents that had not yet been made public will now be buried by the new Republican-controlled committee.

“I was disappointed to see Chairwoman Maloney fail to release all the documents publicly or forward them along to the Senate. I honestly don’t know what happened there,” Henn said, referring to the chair of the Oversight Committee, Democrat Carolyn Maloney, who lost her election and is now out of Congress.

Gas Outlook could not reach the Democratic staff on the Oversight Committee. The office of Congressman Ro Khanna, a California Democrat and an active member of the investigation, did not respond to a request for comment from Gas Outlook.

“It’s just too bad that the committee fumbled on the goal line on this last step. But that doesn’t mean the whole thing wasn’t successful, because it was,” Wiles said. “And it doesn’t mean that the Senate and others can’t pick up and continue, which we think they will.”

Wiles added that the thousands of pages of documents that were already made public will be fodder for a wave of climate litigation targeting major oil and gas companies. Many cases hinge on the growing body of evidence that the companies’ public-facing messaging is different from what the companies believe internally. The mountain of litigation is growing, with more legal cases brought against the oil and gas industry based on a growing number of fresh legal theories.

“This is just the beginning for these guys. This isn’t the end,” Wiles said. “We think oil and gas companies will continue to be investigated, that’s for sure.”

« Training for renewable energy jobs starts young
Italy windfall tax on energy firms gets mixed reception »
Manage your preferences
To provide the best experiences, we use technologies like cookies to store and/or access device information. Consenting to these technologies will allow us to process data such as browsing behavior or unique IDs on this site. Not consenting or withdrawing consent, may adversely affect certain features and functions.
ACCEPT DECLINE VIEW PREFERENCES
Manage consent