Europe has unveiled new plans to speed up renewables, while the U.S. sees headwinds. 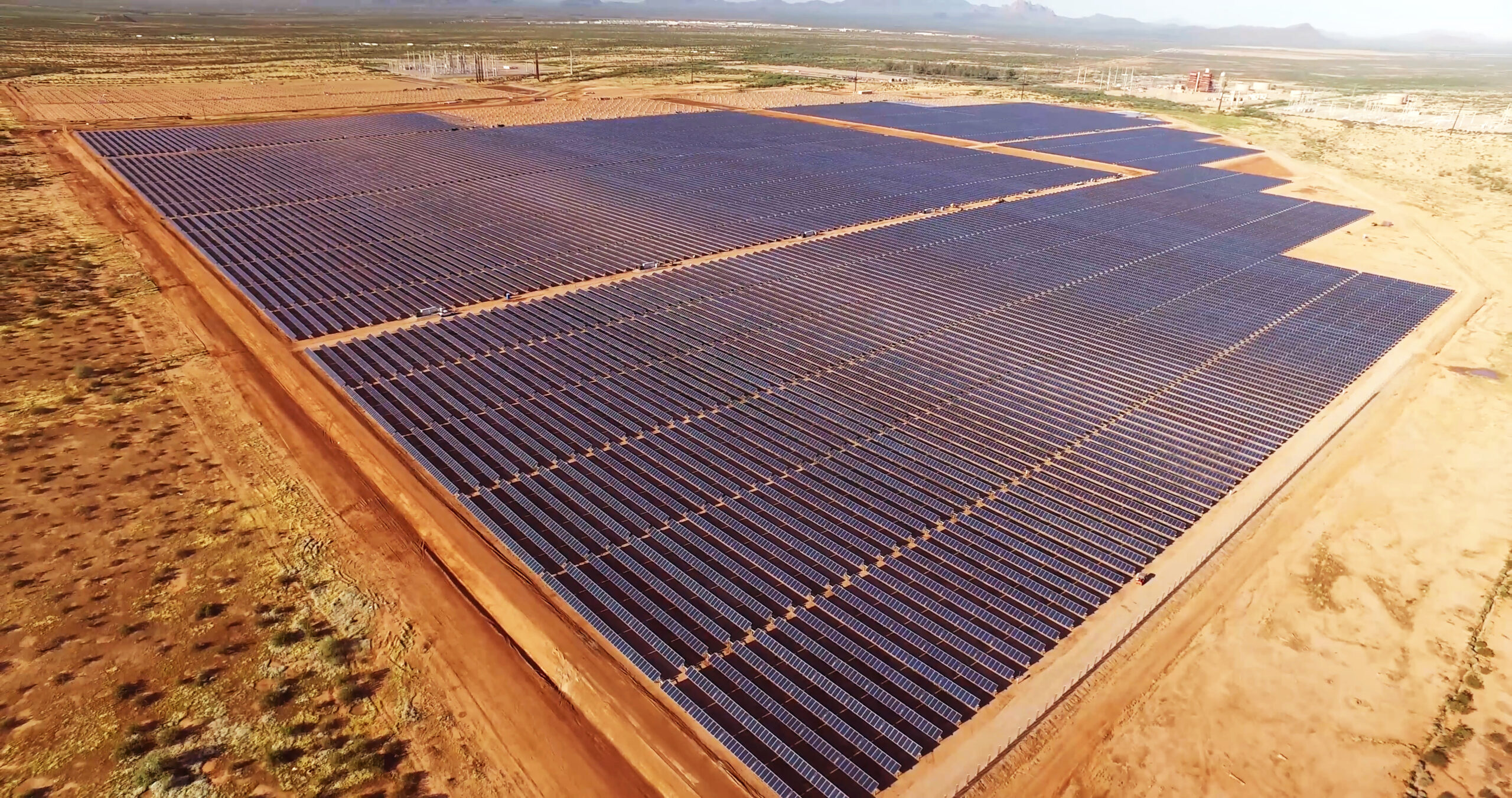 The global energy crisis and Russia’s invasion of Ukraine could speed up the transition to renewable energy, but supply chain bottlenecks and cost inflation are creating some near-term obstacles slowing the growth of solar and wind.

Renewable energy installations globally could rise by as much as 8 percent in 2022, with nearly 320 gigawatts (GW) of new capacity expected, according to the International Energy Agency. “While looming market uncertainties increase challenges, the new focus on energy security – especially in the European Union – is also triggering an unprecedented policy momentum towards accelerating energy efficiency and renewables,” the agency said in a recent report.

The European Union unveiled the details of its €210 billion REPowerEU plan on May 18, a highly-anticipated proposal meant to break Europe’s dependence on Russian energy. Billed as an upgrade over existing energy and climate plans, the proposal targets 45 percent renewable energy by 2030, up from an earlier target of 40 percent. That compares to about 22 percent as of 2020. It also hopes to slash energy consumption by 13 percent, instead of the previous 9 percent.

“It is clear we need to put an end to this dependence as soon as possible, and a lot faster than we had foreseen before this war,” said Frans Timmermans, European Commission executive vice president.

For all the speculation and media attention on finding alternative sources of natural gas, the REPowerEU plan only calls for spending €10 billion on new liquefied natural gas (LNG) infrastructure. Instead, the focus appears to tilt heavily in favour of renewables. To be sure, scientists and even the IEA have warned that the ongoing expansion of the fossil fuel system is out of step with climate science, but the EU insists the moves are temporary.

New gas supplies and infrastructure will not stand in the way of renewables, Sverre Alvik, director of the Energy Transition Outlook programme for Group R&D at DNV, a global risk management firm based in Norway, told Gas Outlook. “On the contrary, when Europe wants to free itself of Russian energy, there is a strong push to whatever energy Europe can produce itself, such as renewables,” Alvik said.

“We see European countries doubling down on efforts to fast-track build-out of renewable energy. That does not mean it is easy, but the war is giving renewables in Europe another push,” Alvik said, adding that “the push for renewable energy is and will be stronger than ever.”

The new EU plan aims to double Europe’s solar capacity by 2025, a massive increase, including a proposal to make solar panels legally binding in all new residential, commercial, and government building construction. The rate of heat pump installation could double, and the plan aims to scale up green hydrogen.

The proposal also calls on national governments to set up special zones with fewer regulatory hurdles in order to speed up the construction of renewable energy. The lengthy permitting process for new solar and wind projects has been singled out as a particular barrier to a faster transition away from fossil fuels.

Some European countries announced a few other big initiatives. Four North Sea countries – Denmark, Germany, Belgium, and the Netherlands – jointly announced a plan to buildout offshore wind, targeting a fourfold increase to 65 gigawatts by 2030 and a tenfold increase to 150 gigawatts by 2050. German Chancellor Olaf Scholz said the construction “will be of an unimaginable order.”

Like many sectors, renewable energy is experiencing rising costs due to supply constraints. Costs for steel, labour, and metals are pushing up overall project costs.

“We’re seeing inflation in practically every sector in the economy. Plus, there’s concern about raw materials in general,” Samantha Gross, director of the energy security and climate initiative at the Brookings Institution, a Washington-based thinktank, told Gas Outlook.

Lithium and cobalt prices – important ingredients for an array of clean technologies – doubled last year, according to the IEA, and the cost of copper, nickel, and aluminium all increased by 25 to 40 percent. Lithium prices continued to soar this year, and are up more than sevenfold since the beginning of 2021.

To be sure, prices for oil, gas, and coal have also spiked, so renewable energy remains competitive. “If you’re looking at it in terms of delivering electrons, it’s still going to be dirt cheap,” Gross said, referring to solar and wind.

In the U.S., the future of renewable energy is bright. Last year, the U.S. surpassed 200 gigawatts of total capacity, with a record 28.5 gigawatts installed in 2021. By June, U.S. solar capacity will have surged by nearly a third in just 12 months.

Yet, the U.S. solar industry is facing a unique homegrown crisis. The U.S. government maintains tariffs on solar panels imported from China, and an investigation initiated by the Department of Commerce earlier this year, at the request of a small solar manufacturer called Auxin Solar, is looking at whether or not Chinese solar manufacturers are skirting U.S. trade rules by setting up shop in Southeast Asia. Four out of every five solar panels imported to the U.S. comes from Southeast Asia.

If the Department of Commerce rules in favor of Auxin, it could theoretically result in tariffs on imported solar panels ranging from 50 to 250 percent. Worse, the tariffs could be applied retroactively. As a result of the investigation, imports of solar panels to the U.S. have ground to a halt. According to a survey from the Solar Energy Industries Association, roughly 80 percent of solar companies in the U.S. say that at least half of their project pipeline is at risk, impacting over 300 projects across 39 states.

A bipartisan group of 19 governors wrote a letter to the Biden administration, calling on the Commerce Department to end the investigation that they say is stifling the solar industry.

In early May, 22 U.S. Senators sent a similar letter to the Biden administration. And another letter sent on May 17 by 85 members of the U.S. House of Representatives further echoed the growing anxiety that the American solar industry could be devastated by these tariffs.

“Time is of the essence for the Department of Commerce to conclude its investigation and act to provide the solar industry with the certainty necessary to advance our clean energy targets, protect American jobs, and lower energy costs for American families impacted by Putin’s price hike on fossil fuels,” Representative Sean Casten (D-IL) told Gas Outlook in a statement. “If this isn’t resolved, 10.5 GW of solar capacity will be lost, 62,000 U.S. workers will be laid off or not hired, and $19 billion in private sector investment will be lost.”

The Commerce Department says that it is merely following the law by pursuing the investigation and will wrap up its findings this summer. It has downplayed the odds that the probe will result in the stiffest tariffs possible. Still, a Rystad Energy analysis found the U.S. was on track to install 27 gigawatts of new solar this year, but the tariff investigation now puts 17.5 gigawatts at risk of not moving forward.

Separately, Congress is once again negotiating hundreds of billions of dollars in clean energy tax credits that would supercharge deployment of renewable energy. But, it’s not clear that the Democrats will achieve a breakthrough in the seemingly never-ending discussions.

Gross said even a failure in Congress won’t stop the growth of renewable energy. “You’re seeing renewables being built right now because they are among the cheapest electrons money can buy. So, it would be helpful to have Congress continue to encourage these things, but I think you are going to see growth in renewables regardless,” she said.

With a deal, “it would just be faster,” she said, adding: “And the reason why we’re trying to do fast is for climate reasons. We are in a hurry.”

« Europe holds its breath as Russia cuts gas to 3 nations
Renewables and hydrocarbons jostle for investors »
Manage your preferences
To provide the best experiences, we use technologies like cookies to store and/or access device information. Consenting to these technologies will allow us to process data such as browsing behavior or unique IDs on this site. Not consenting or withdrawing consent, may adversely affect certain features and functions.
ACCEPT DECLINE VIEW PREFERENCES
Manage consent