Gold hydrogen takes to the stage in Australia, but questions remain

Gold hydrogen is garnering attention in Australia as a potential competitor to blue and even green hydrogen, but critics say that gold hydrogen comes with considerable methane emissions and may not be volumetrically significant. 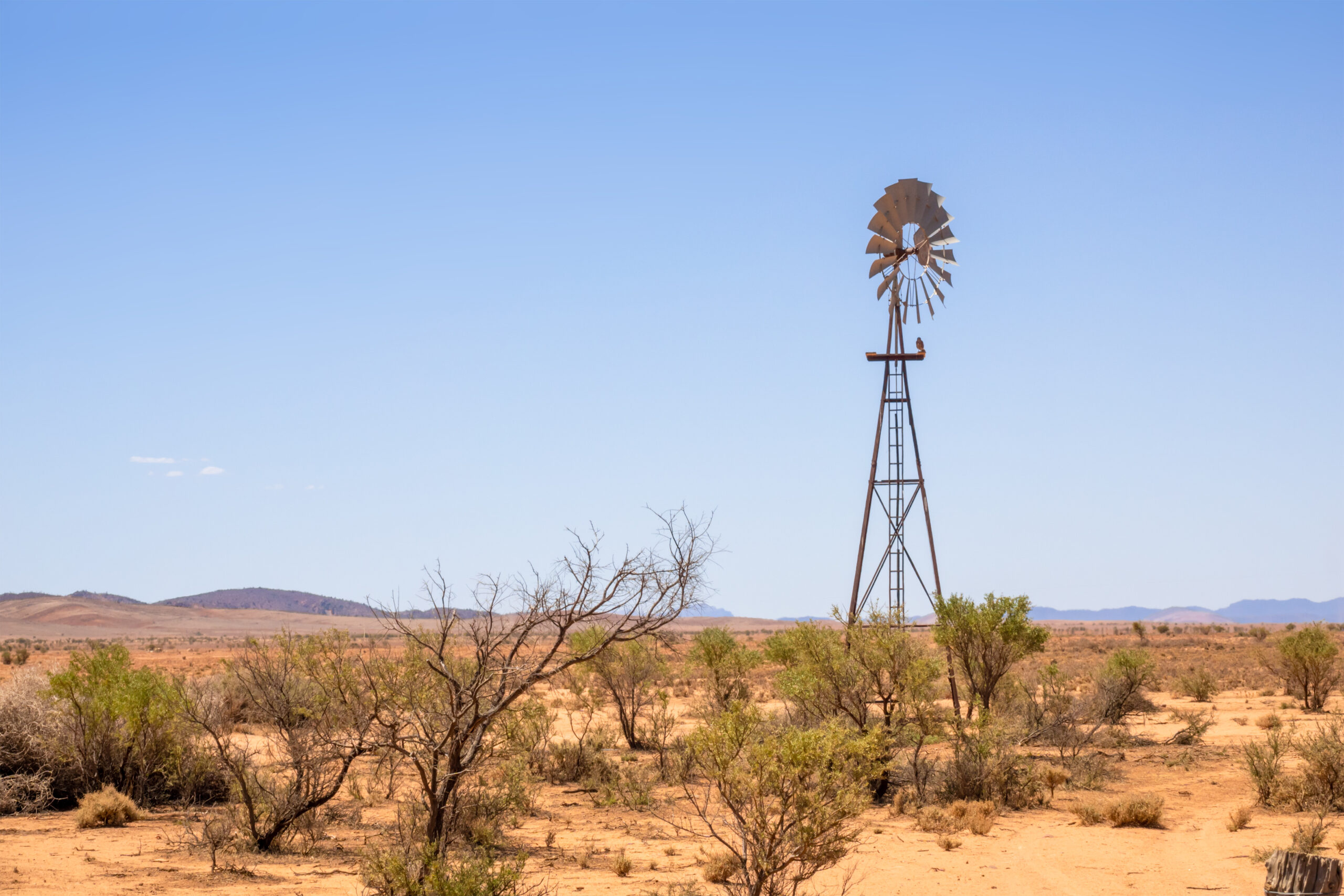 A presentation on May 19 by Geoscience Australia on gold hydrogen was named winner of the best technical presentation at this year’s Australian Petroleum Production & Exploration Association (APPEA) conference in Brisbane, Queensland.

APPEA is the industry agency representing Australia’s oil and gas producers, but it’s been under fire in recent years over the collective CO2 emissions of its members.

Lead scientist Linda Stalker noted in her APPEA presentation that interest in clean hydrogen options are growing but added that major hydrogen versions were often dependent on emissions capturing technology.

“At the same time as this engineered approach to generating hydrogen there has been a quiet but exponential upsurge in research surrounding the origins and fate of naturally occurring hydrogen,” she said, adding that geological forms of hydrogen have been recognized for thousands of years.

Gold hydrogen (also referred to as native, natural, geologic, or white hydrogen) occurs naturally. It’s found in a range of geological settings, oceanic and continental crust, volcanic gases and hydrothermal systems, according to a Geological Society of London (GSL)  report.

Other forms of hydrogen range from green hydrogen which has no Co2 emissions because its produced by splitting water using electrolysis, to blue hydrogen which is produced using natural gas while capturing emissions with Carbon Capture Storage Utilization (CCSU) technology.

Pink hydrogen (generated through electrolysis powered by nuclear energy) follows, then grey and finally brown hydrogen, with emissions increasing as you move further down the hydrogen production chain.

Hydrogen can be co-located with many other gases, from methane to helium.

However, the question remains as to whether natural hydrogen is volumetrically significant, rather than simply present in small single digit percentages within other gas streams.

“Early work suggests that we can begin to characterize potential sources of hydrogen, the depth ranges they may be generated from, the migration mechanisms that are relevant, and how it might be retained or lost in relation to the discovery and exploitation of this gas,” Stalker said.

However, data remains limited, while what is available is constrained by a “lack of analysis and limited evidence.” There are increasing reports of seeps, she added, but there is still an absence of evidence of more significant finds, in addition to a lack of major analogues and case studies.

Absence of evidence of more finds and a lack of case studies notwithstanding, an increasing number of companies are keen on gold hydrogen development, particularly in South Australia (SA), a state in the southern central part of Australia – already a major hydrocarbon production area.

Over the past year, six Australian companies have applied for 18 exploration licenses targeting gold hydrogen, all of them in SA.

Gold hydrogen has generated so much excitement in the country that in February the Australian Financial Review (AFR) described it as a massive “land grab” of hydrogen-rich acreage across a huge chunk (at least one-third of SA) being snatched up by eager companies.

Luke Titus, a geologist from the gas and minerals sectors and now a Gold Hydrogen director, claims that parts of SA hold promising exploration sites thanks to a mix of iron-rich rocks and salty water, which give rise to a chemical reaction that produces hydrogen.

“That hydrogen, the literature suggested, is then trapped under a layer of salty carbonate rock, creating a large natural reservoir of the gas,” he told the Financial Times on May 2.

“The area has optimal geological conditions for natural formation of hydrogen gas,” he added.

Gold Hydrogen’s aim is to be the first in Australia to produce, use and sell gold hydrogen which the company describes as an “inexhaustible source of green energy.”

Slower start in the U.S.

In the U.S., however, gold hydrogen is off to a slower start.

Houston-based Cemvita Factory announced in April the debut of a pilot to commercialize a gold hydrogen new subsurface biomanufacturing technique at its operations in Colorado. The company is also looking for partners for its endeavour.

Another company is also preparing to develop gold hydrogen in Nebraska, but indicative of the differences in the interest level between the U.S. and Australia, the firm pushing its development is Australian Stock Exchange (ASX) listed HyTerra.

The company recently announced it would be acquiring 100% of Neutralysis Industries. Neutralysis, also an Australian company, holds a stake in an established Nebraska project alongside Denver-based Natural Hydrogen Energy.

The U.S. government and energy industry for its part is still coming to terms with blue and green hydrogen as a way to offset the country’s enormous carbon emissions from its transportation, fossil fuels and power production sectors.

As such, gold hydrogen is still not part of the national energy dialogue since the U.S. remains the world’s largest oil producer, averaging nearly 12 million bopd and the world’s third largest LNG exporter.

The U.S. is also vying for the top LNG exporter slot as it develops more production and export facilities to meet Europe’s seemingly insatiable gas demand as it weans itself off of geopolitically charged Russian pipeline gas.

As gold hydrogen makes headway in Australia, the cost of production is also being compared to green and blue hydrogen.

“Finding, development and cost [of natural hydrogen] in general is around $1-$2/kg, while this is more economically viable compared to green hydrogen through the electrolysis process which is around $6-$8/kg,” he said.

Despite the promise that gold hydrogen holds for some, it’s still a finite resource while its development, according to critics, comes with considerable methane emissions.

Therefore, the argument maintains that its development is akin to extraction of fossil fuels and would need expensive and unproven carbon capture to work.

As such, green hydrogen is believed to provide a better alternative than gold hydrogen since its produced by splitting water by electrolysis with no harmful emissions and is also an infinite resource.

Subrata counters, claiming that a lot of people in the industry sometimes misunderstand gold hydrogen as steam methane reforming.

“This is obviously incorrect as we are drilling for hydrogen reservoir with high saturation 85-90% of H2 with the remaining small concentration of CH4, N2 and He,” he added.

“Steam methane reforming or grey hydrogen on the other hand comes from natural gas or coal gasification by separating H2 atoms as a main product with the remaining CO2 to be reinjected back into the reservoir. Both processes aim to minimize emissions, but the gold/natural hydrogen process is much simpler and carbon neutral.”

The GSL report concluded that natural hydrogen could “revolutionize the world’s low carbon future,” while also admitting that more work needs to be done.

“Engineers and geoscientists, globally, must first work to understand where and how this potentially valuable gas is produced, and how to get it to market cheaply and safely,” it said.

Other questions have to be answered, and by addressing these questions, we will gain a better understanding of the contribution natural hydrogen can make to our low-carbon future.

« Indian state firms stick to fossil fuels despite green push
U.S. LNG explosion squeezes gas markets »
Manage your preferences
To provide the best experiences, we use technologies like cookies to store and/or access device information. Consenting to these technologies will allow us to process data such as browsing behavior or unique IDs on this site. Not consenting or withdrawing consent, may adversely affect certain features and functions.
ACCEPT DECLINE VIEW PREFERENCES
Manage consent