An expected Republican wave did not materialize, which solidifies some U.S. climate change policy even as the U.S. needs more action to hit its targets. 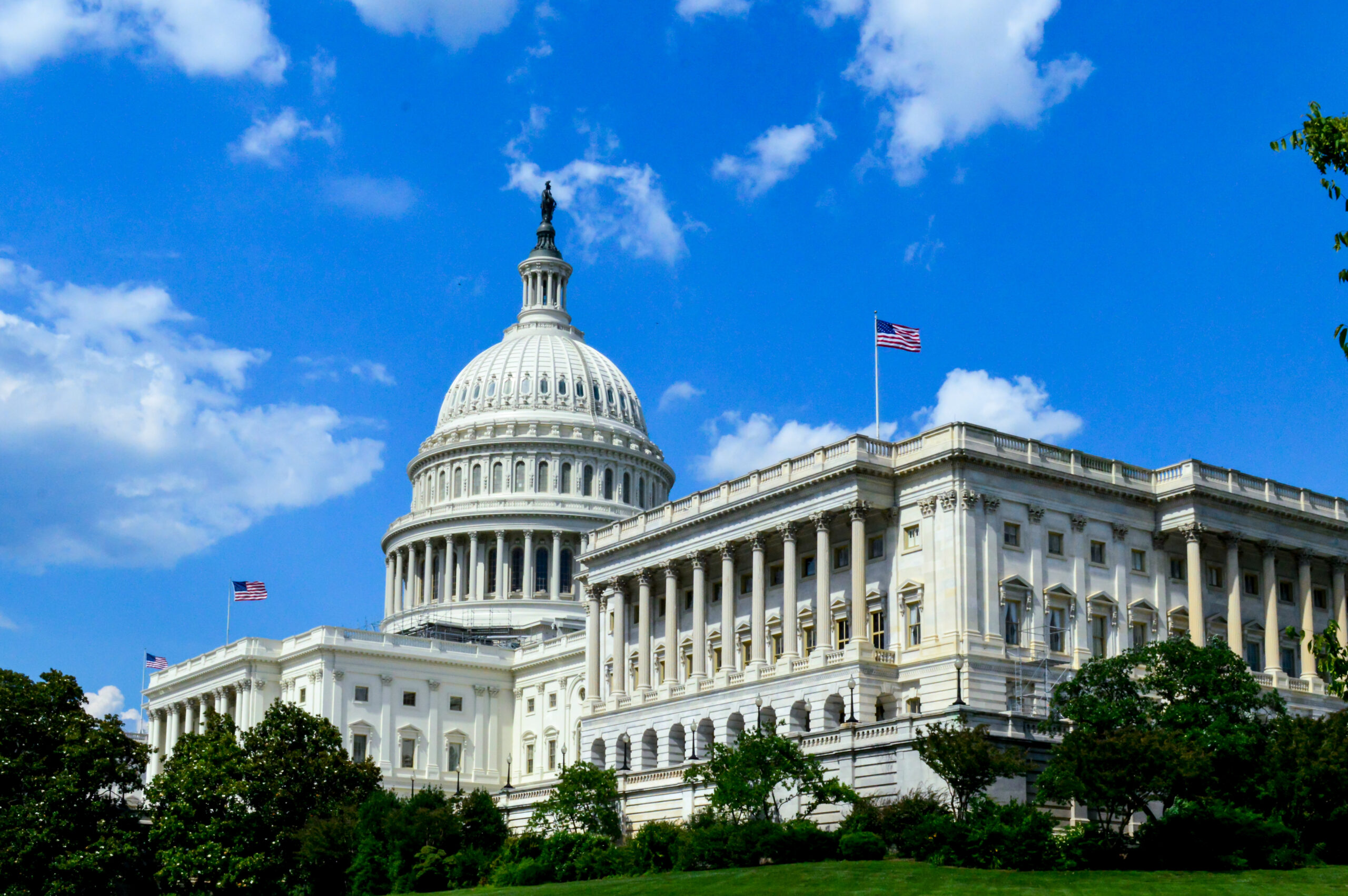 The Democrats defied expectations in the U.S. midterm elections, only losing a handful of seats in the House of Representatives while also potentially adding a seat in the Senate. The Democrats’ loss of control of the lower chamber likely rules out further federal legislation for the next two years related to U.S. climate change policy, but progress is possible on other fronts.

The conventional wisdom, and historical record, suggested that the Democrats would be wiped out in the midterms. The Republican Party signaled that it would use its presumed majorities to undermine the Biden administration’s climate agenda, including planned investigations into the recently-passed Inflation Reduction Act, which included landmark investments in renewable energy.

The Republicans did secure a narrow House majority, giving them control over committees, and with it, the power to hold hearings and subpoena government officials for testimony. That will likely result in congressional hearings on the Department of Interior’s oil and gas leasing programme, high energy prices, and attempts to dig up dirt on federal clean energy spending.

The Republicans in the House are considering disbanding the House Select Committee on the Climate Crisis, a congressional body that has held hearings on the climate crisis and has explored solutions. “The climate crisis committee will not exist,” Louisiana Representative Garret Graves (Republican Party), who currently serves on the committee, told Bloomberg. “I don’t think that’s really consistent with what we are going to be focused on.” Instead, he said, Republicans will support the increased production of oil and gas and promote more LNG export terminals.

Before the end of the year, there is likely to be another effort to tackle “permitting reform,” a term that means different things to different people. As Gas Outlook previously reported, West Virginia Democratic Senator Joe Manchin has pushed his version of permitting reform, which includes greenlighting a major new gas pipeline in Appalachia— the Mountain Valley Pipeline — along with reformed rules that might make it easier to build both renewable energy and oil and gas infrastructure. That initial effort failed in September in the face of opposition from environmental justice groups, but Manchin is taking another shot at including that legislation in a year-end bill that funds the Department of Defense.

Passage remains uncertain. If it fails, the Republicans plan on introducing legislation that would mirror Manchin’s bill to some degree, but would lean more heavily towards favouring oil, gas, and mining.

But the Republican legislative agenda will also go nowhere. With a slim majority in the House, and Democrats in control of the Senate, most Republican efforts to support the oil and gas industry have very little chance of passing. The better-than-expected results for Democrats means that the unwinding of U.S. climate policies and regulation is now highly unlikely.

For some, the focus now turns to implementation of the Inflation Reduction Act. That law secured a big pot of money — estimated at $370 billion over ten years — available for the clean energy transition, but “there’s a lot of confusion over how best to invest that capital,” Donnel Baird, CEO of BlocPower, a New York-based technology company that retrofits buildings with all-electric heating and cooling systems, said at a Twitter Space event on November 10.

He said “now is the time for the doers and the implementers” to get to work figuring out how to turn federal spending on clean energy into faster progress on the ground.

With big federal investments signed into law, but the legislative route through Congress now closed off, the only pathway forward for more climate action at the federal level will come in the form of regulation. The Biden administration had held back on some potent regulations so as to avoid ruining the legislative strategy behind the Inflation Reduction Act. With that now done, the regulatory agenda can proceed.

“Delay cannot continue. We have to see the EPA in particular act with strong executive action. We need strong regulations, for example, on power plants, on vehicles, even on appliances,” Leah Stokes, political science professor at the University of California Santa Barbara, said at the Twitter Space event.

In the days following the elections, the EPA released a new set of rules on methane emissions from oil and gas wells. The rules are stronger than many environmental groups had anticipated.

“The EPA’s supplemental rule represents a significant step forward in U.S. efforts to curb the worst effects of climate change,” Melissa Hornbein, senior attorney at the Western Environmental Law Center, said in a statement. “While we are disappointed EPA did not propose an outright ban on oil and gas industry flaring, we are nonetheless encouraged by the draft rule’s incisive measures to tackle leak detection and repair from all sources, including low-producing and abandoned wells.”

But other efforts remain bogged down. Environmental groups are growing impatient with the EPA’s glacial pace of new regulatory actions. “The Biden administration is digging itself into a deeper hole as it continues to miss its own regulatory agenda deadlines,” Charles Harper, a power sector analyst with climate advocacy group Evergreen Action, said in a statement on November 15, referring to delayed air quality standards for particulate matter. “At this point, it’s simply unacceptable and irresponsible for EPA to be this far behind on its own agenda,” he said.

Another area of regulatory action could come from the Securities and Exchange Commission (SEC), which is working on rules requiring certain companies to disclose their carbon emissions, including in their supply chains. Those regulations have also been repeatedly delayed.

Advocates want the Biden administration to move more quickly and decisively. The lengthy timeline on finalizing regulations, and subsequent litigation, puts them at risk of running past the 2024 presidential election. “We saw under the Obama administration that putting these things to the last minute and then having them sort of be at risk from the courts,” Stokes said. “That’s not really good strategy.”

Meanwhile, there is plenty that states can do on their own. The Democrats secured victories in several key state legislatures in the midterm elections, unlocking opportunities for more aggressive climate policies. Specifically, they took majorities in the legislatures of Minnesota and Michigan, and with both states reelecting Democratic Governors, they now have full control of the levers of power in those states. In Maryland and Massachusetts, two states that have had Democratic legislatures and Republican governors for many years, the Democrats recaptured the governors’ mansions, opening up new possibilities.

Those U.S. states can now move forward on varied climate change policy, such as clean energy mandates, bans on gas connections in new buildings, or subsidies for renewable energy and electric vehicles, to name a few.

Every piece is important. The United States still has a long way to go to hit its climate goals of cutting emissions in half by the end of the decade.

“While the IRA and the bipartisan infrastructure act were major steps in the right direction, the U.S. is still far short of where it needs to be in meeting the UN’s 1.5-degree temperature goal,” Michael Gerrard, director of the Sabin Center for Climate Change Law, told Gas Outlook, referring to the two major laws passed over the past two years that puts money into fighting climate change.

“Climate activists are more concerned than ever about the acceleration of climate impacts — floods, heat waves, wildfires, droughts, everything else,” Gerrard said. “I think that in the states where Democrats control the government, we will see more and more concerted efforts to control the production and use of all fossil fuels — coal, oil and gas.”

« Norwegian oil and gas takes hit as Wisting stalls
China greenhouse gas trajectory key to global energy transition »
Manage your preferences
To provide the best experiences, we use technologies like cookies to store and/or access device information. Consenting to these technologies will allow us to process data such as browsing behavior or unique IDs on this site. Not consenting or withdrawing consent, may adversely affect certain features and functions.
ACCEPT DECLINE VIEW PREFERENCES
Manage consent