The highly-anticipated case stopped short of an all-out assault on EPA authority, but the Court signalled its hostility to federal climate regulation. 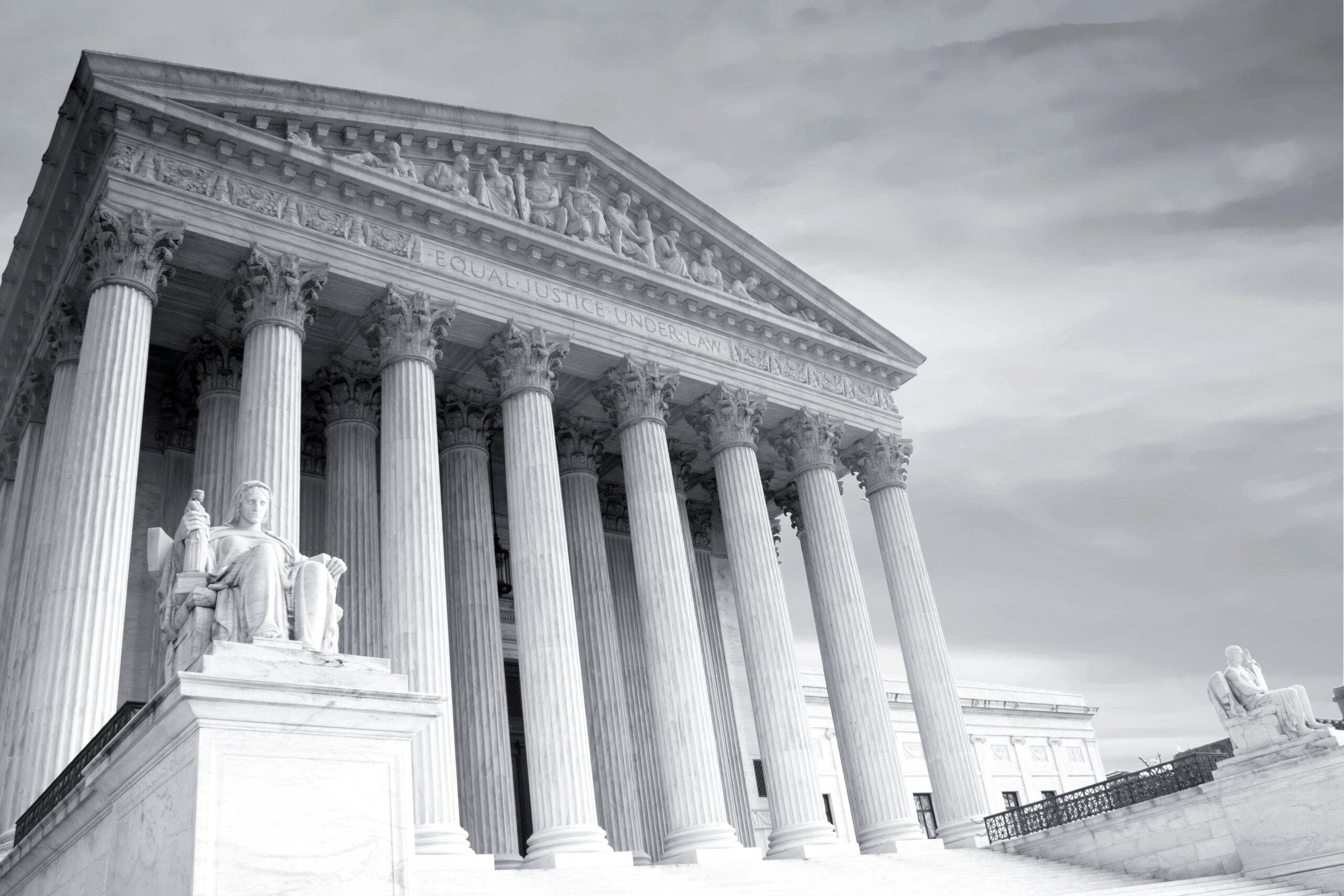 The U.S. Supreme Court issued a highly-anticipated ruling on June 30, striking down a key climate change regulation that had not even taken effect, and in so doing, narrowed the federal government’s authority to regulate greenhouse gas emissions from power plants. Still, the decision did not go as far as climate advocates feared.

In West Virginia v. EPA, the Supreme Court ruled that the U.S. Environmental Protection Agency (EPA) did not have the authority to regulate greenhouse gas emissions across the electric power sector, but appeared to leave alternative regulatory approaches unscathed, at least for now. Given the 6-3 conservative make-up of the Court, a decision hostile to the EPA was expected, but climate experts breathed a collective sigh of relief that the Court did not gut federal authority entirely.

“Once the Supreme Court unexpectedly took this case, most people thought they’d rule against EPA. The big question was how badly. It turns out, not too badly,” Michael B. Gerrard, director of the Sabin Center for Climate Change Law at New York-based Columbia Law School, told Gas Outlook. “The Court cut off one method of controlling coal plant emissions — beyond the fenceline controls — but left alone most other ways of reducing greenhouse gas emissions.”

The case revolved around an Obama-era regulation that set sector-wide emissions standards on power plants, and allowed states various options on how to adhere to those standards, such as making older coal plants more efficient or adding renewable energy. Overall, the plan looked at emissions across the sector, rather than from a specific facility.

The plan never took effect – the result of prior litigation – but in West Virginia v. EPA, the Supreme Court closed the door on any future regulation that takes a sector-wide approach, deciding that such an authority is not spelled out in the Clean Air Act, a decades-old environmental law that is the basis for EPA’s authority to regulate greenhouse gas emissions.

“The Supreme Court’s decision limits EPA’s options for regulating emissions from existing power plants but does not absolve it of its responsibility to do so,” Hana Vizcarra, a senior attorney at Earthjustice, a legal non-profit, told Gas Outlook. “EPA still can, and must, move forward with a rule to control power sector GHG emissions. This decision cuts off one of the most cost-effective approaches, leaving EPA with a narrower set of options most likely based on technologies that can be directly applied to the facility.

What is the impact?

Last year, the Biden administration announced a 2030 climate target that calls for emissions cuts on the order of 50 to 52 percent below 2005 levels. Achieving that goal was always going to require a combination of regulation and national legislation, and the Court’s decision shooting down one tool in the EPA toolbox “does not change the game by much,” according to an analysis by the Rhodium Group, a New York-based research firm.

“We find that while the ruling certainly makes the pathway rockier, it hasn’t necessarily put the target out of reach. The silver lining of the ruling is that it has cleared up ambiguities that have plagued power sector GHG emissions regulations for a decade,” Rhodium said.

Other experts agreed with that overall assessment. “It was never clear how much emissions reductions were going to be possible using this section of the Clean Air Act given the current makeup of the Court,” Aaron Bergman, a fellow at Washington-based Resources for the Future, an environmental think tank, told Gas Outlook. “Achieving the United States’ long-term climate goals was always going to require legislation, so, while this is a setback, we’re ultimately still in the same situation of needing Congress to act.”

Notably, Democrats in Congress continue to haggle over potential climate legislation, with the legislative window rapidly closing ahead of the midterm elections in November.

While the Supreme Court refrained from shooting down EPA authority in a much more comprehensive way, the worry, however, is that the Court is not done attacking federal authority to regulate on climate change. In its decision, the Court cited its “major questions” doctrine, an interpretation of federal law that says the Court can weigh in whenever federal agencies take regulatory actions that have major economic or political impacts.

This concept potentially has far-reaching consequences. Under this logic, if a federal authority is not explicitly laid out in the law, then agency actions may not be legal. In this case, because the Clean Air Act – the law the EPA is using to regulate greenhouse gas emissions – did not explicitly say the government can regulate sector-wide emissions, the Court said such a programme is unlawful.

The problem is that the “major questions” principle could be applied to almost anything, as it is very typical for Congress to write laws that delegate authorities to federal agencies. The Court’s invocation of “major questions” is a signal that it will likely return to other regulatory powers in the future and shoot them down too.

“The new ‘major question doctrine’ approach is designed to limit agencies’ discretion in how they fulfill the duties granted them by Congress and limit Congress’s ability to draft statutes so that agencies have the flexibility needed to address evolving problems over time,” Vizcarra said, adding that the Court’s “major questions” approach will result in more legal challenges that go beyond the EPA.

That means that other EPA authorities are at risk. “West Virginia v. EPA signals that the Supreme Court will disfavour agency programmes that creatively address new problems under existing statutes. Justice Gorsuch even goes so far as to suggest that any case that concerns climate change will implicate questions of great economic and political significance and thus warrant the statutory narrowing the Court performs in West Virginia,” Lisa Heinzerling, a law professor at Washington-based Georgetown University Law Center, told Gas Outlook. She added that “it is too early to say how far this will go in hampering the government’s authority to address climate change,” and that the EPA does have some alternative programmes and regulatory powers to which it can turn for the time being.

The big question is what happens next. While the Supreme Court could launch an ongoing assault on climate regulations in the years to come, the recent West Virginia v. EPA case still leaves the federal government with tools to lower emissions.

“EPA is going to have to be creative and probably pursue multiple actions rather than being able to have a comprehensive plan. That’s likely to increase the costs to industry of cutting emissions, but the Court apparently wasn’t concerned about,” said Daniel Farber, a law professor at the University of California, Berkeley. “I think EPA does have a path forward, and I’m sure they were working on it even before the decision was announced.”

« UN pushes for verifiable net-zero pledges
EIG bet on Chile signals strength of decarb drive »
Manage your preferences
To provide the best experiences, we use technologies like cookies to store and/or access device information. Consenting to these technologies will allow us to process data such as browsing behavior or unique IDs on this site. Not consenting or withdrawing consent, may adversely affect certain features and functions.
ACCEPT DECLINE VIEW PREFERENCES
Manage consent