Which countries are most exposed to energy transition costs?

As the energy transition gathers pace it is clear that there will be a cost, at least in the short- to medium-term, for all countries but especially for poorer, oil-rich and energy-intensive nations. 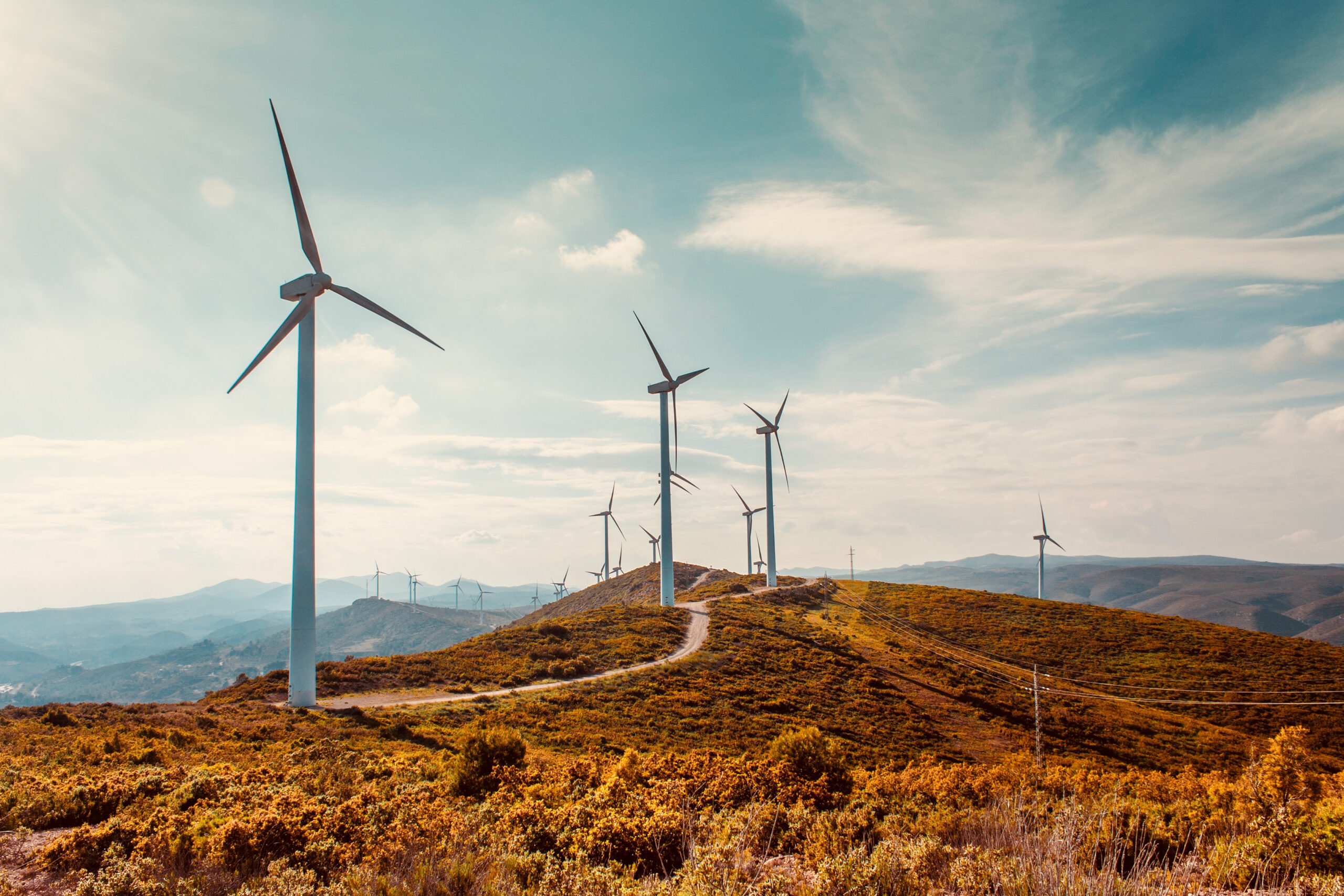 As the energy transition gathers pace it is clear that there will be a cost, at least in the short- to medium-term, for all countries but especially for poorer, oil-rich and energy-intensive nations – although most observers believe it will be recouped by the end of the century in many countries.

Analysts say the new low-carbon energy system will eventually incur much lower running costs without fossil fuels, but that it could be a struggle for some to get there, with certain countries more exposed to hydrocarbons and/or less well-placed to transition to low carbon energy than others.

Experts also predict that a new energy geography is likely to emerge with a wider distribution of resources and probably a less sensitive world geopolitical framework.

This is because the bulk of energy resources will no longer be located in countries with autocratic governments that have little time for competitive, free markets – as is the case today with oil in Russia and the Middle East.

Management consultants, McKinsey & Co, and energy specialists, Wood McKenzie, have both produced reports looking at the economic impact of the transition over recent weeks.

Wood Mackenzie’s report, entitled No pain, no gain: the economic consequences of accelerating the energy transition, said that overall, it expected a hit of 2.1% to its base-case forecast of global GDP in 2050 in an accelerated transition scenario – enough to limit global warming to 1.5 °C or the equivalent of net zero by 2050. This would amount to $75 trillion in additional costs over 2022 to 2050, which it said will be “eventually recouped before the end of the century.”

McKinsey, in a report entitled The net-zero transition: what it would cost, what it could bring, said its Net Zero 2050 scenario would entail around $275 trillion (about 7.6% of global GDP) in cumulative investments over 30 years—which is around $25 trillion more than its base case scenario. It said the highest levels of exposure are in countries with relatively lower GDP per capita, such as Bangladesh, India, and Kenya, and in fossil fuel producers such as Qatar, Russia, and Saudi Arabia.

Big fossil fuel producers with plenty of reserves still underground are heavily exposed, especially ones with limited capital and alternatives, like Nigeria and Iraq. On the other hand, some big hydrocarbon exporters, notably Australia, Russia, and Saudi Arabia, all have cheap land and lots of renewable potential, which they are already investing in to make green hydrogen for export.

McKinsey said diversification of this type in the energy sector, as well as elsewhere in the economy, will reduce exposure. On this measure, Saudi Arabia still has some way to go, with about 25% of its GDP in fossil fuel-producing sectors, compared to just 3% in Australia.

Some fossil fuel producers, notably Saudi Arabia and others in the Gulf, also have relatively low levels of carbon intensity associated with their oil and gas extraction, as well as low extraction costs – so they could be the last standing providers of the remaining fossil fuels needed in a net-zero economy, according to McKinsey. This would delay exposure to the transition and provide an on-going source of capital for diversification as long as oil prices remain firm.

The Wood McKenzie report said hydrocarbon-exporting and carbon-intensive economies will incur the biggest losses of economic output. It suggests that while the Middle East would hold onto market share as demand falls in an accelerated transition, “government finances would be severely strained by what is likely to be a precipitous decline in oil demand and price. Currently, most oil-producing economies in the region need Brent oil prices of more than $60/bl to balance their government budgets.” This, of course, assumes that demand falls faster than supply and prices do slide – which, judging by recent price moves and OPEC-plus behaviour, might not be the case, at least in the short- to medium-term.

While big oil-dependent producers with deep pockets like Saudi Arabia and especially the UAE are investing heavily in diversifying their economies, others have been doing far less. Currently, Wood Mac says Iraq is the country most vulnerable to the energy transition, with hydrocarbon revenues accounting for 95% of all government revenue and the oil sector making up 36% of GDP. An accelerated energy transition would slash Iraq’s GDP by 10% in 2050 compared to its base-case outlook.

Wood Mac report author and Head of Economics, Peter Martin, told Gas Outlook that Iraq and others like it must diversify their economies towards low-carbon intensity sectors. More deals of the sort done with Total recently, which included substantial renewables investment as well as upstream oil, would help.

Iraq’s relative poverty also contributes to the risky outlook, and this is even more true in very poor countries without oil and gas, such as Pakistan, Kenya and India. Such countries, especially ones that have relatively energy-intensive economies, limited funds, and little renewable potential, are likely to see a big hit to GDP.

McKinsey said developing regions might also face challenges in accessing capital markets for renewable projects. And existing high-emissions assets in these economies are relatively new, so have many years of value left. In addition, there is limited technology and expertise to change.

Martin said the natural resource potential of wind and solar, and the export potential of renewable technologies, low-carbon energy and battery raw materials are all used to rank countries on the impact of mitigating climate change. However, land values were not factored into the analysis – which may distort the potential of some countries. A presence in new low-carbon technologies and CCS was also considered advantageous, he said.

McKinsey notes that there is also a rising physical risk from climate change, especially among poorer nations near the equator. Examples include Madagascar (currently experiencing a rash of tropical storms), the Philippines, and Vietnam, as well as India, which is very vulnerable to climatic change, and is facing heavy mitigation costs to accelerate its net zero goal to 2050 from 2070. However, in the longer-term, the transition would reduce India’s economy-sapping dependence on Middle Eastern oil, which should improve trade balances, energy security and cut energy price volatility.

The world’s two biggest economies, China, and the US, face mixed impacts, with both facing major physical risks, while US oil and gas producing regions will be hard hit and there will be huge costs associated with transitioning China’s relatively carbon-intensive economy. On the other hand, both benefit from deep finances, fast developing renewables sectors, and high levels of R&D. China produces more than 50% of the world’s solar and wind technology, electric vehicles and three quarters of all lithium-ion batteries. Exporting these to other countries will have economic benefits. Overall, Wood Mac estimates that the transition could cost the US economy $9 trillion by 2050, or 1.2% of total economic output.

Latin American countries have rather divergent prospects, with renewables- and capital-rich Chile likely to do relatively well, while oil-rich, capital-poor Venezuela struggles. Significant renewable potential in Latin America will offset the transition impact, although a lack of capital, government support and expertise will mean slow progress in a number of countries.

The least impacted countries are wealthier, with large service sectors and a low-carbon intensity. They are able to afford the required investment, especially if there is already an extensive low- carbon energy sector – as with nuclear in France and hydro in Switzerland, which meet over 60% of their respective power needs already (although Switzerland does face physical risks to its hydro sector from global warming).

Wealthier countries with plenty of renewables potential, such as Ireland, the UK and Denmark are also very well placed, as are some developing nations with lots of wind, solar and cheap land, such as Kazakhstan, according to Wood Mac.

Wood Mac’s Martin noted that Europe has already paid for some decarbonisation, which would mean a smaller negative economic impact between now and 2050. The EU Emissions Trading System, which has helped cut emissions by about a quarter since 2005, has recently seen prices rise to €90/tonne.

These early efforts should mean GDP growth in an accelerated transition will outpace its base case beyond 2035. However, recouping an estimated $8 trillion loss of economic output could take until 2080.

« Is the shale gas ‘revolution’ over?
What does South Korea’s ‘green fuel’ LNG move signal? »
Manage your preferences
To provide the best experiences, we use technologies like cookies to store and/or access device information. Consenting to these technologies will allow us to process data such as browsing behavior or unique IDs on this site. Not consenting or withdrawing consent, may adversely affect certain features and functions.
ACCEPT DECLINE VIEW PREFERENCES
Manage consent