False solutions to climate change promoted by the oil and gas industry feature heavily on this year’s agenda. 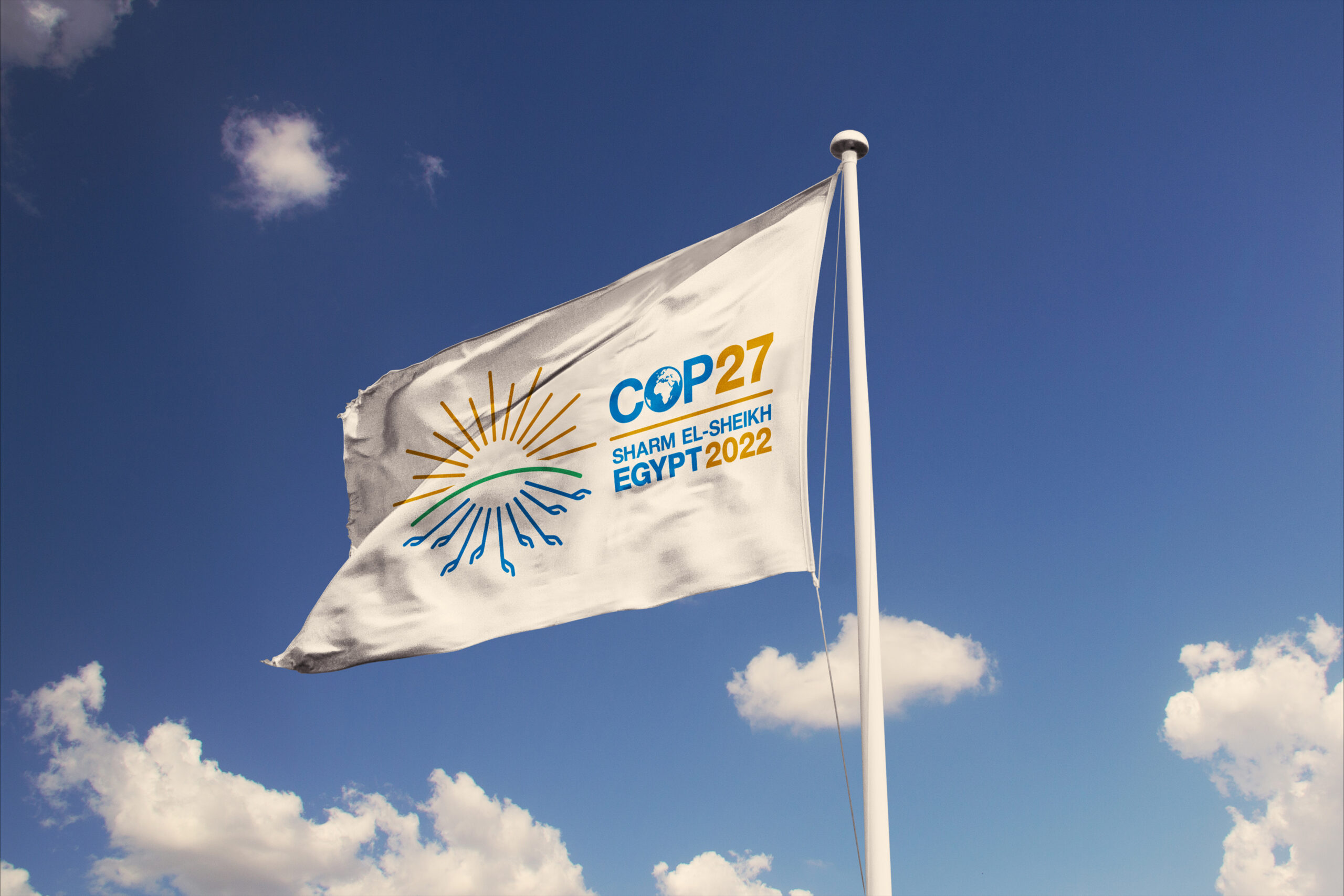 Climate activists have denounced the heavy presence of oil, gas, and coal interests at the COP27 climate negotiations in Sharm El Sheik, Egypt, warning that progress on the climate crisis is being watered down or blocked by powerful companies and countries with an interest in slowing the energy transition offering false solutions to climate change.

“They are very visible around the conference,” Delta Merner, the lead for the Science Hub for Climate Litigation at the Union of Concerned Scientists, an American environmental NGO, told Gas Outlook in an email from Sharm El Sheikh, referring to representatives from the oil and gas industry. “In the negotiations I worry about the role that industry and lobbyists are playing as members of national delegations. In the official program the oil and gas industry has been given a platform through official round tables.”

A report from watchdog groups Global Witness, Corporate Accountability, and Corporate Europe Observatory, found that at least 636 fossil fuel lobbyists obtained access to the COP27 summit. That is a sharp increase from last year, and it also represents twice the number of delegates from the official UN constituency for Indigenous peoples, or, more than the combined delegations of the 10 most climate-impacted countries.

“There’s been a lot of lip service paid to this being the so-called African COP, but how are you going to address the dire climate impacts on the continent, when the fossil fuel delegation is larger than that of any African country?” Philip Jakpor, Corporate Accountability and Public Participation Africa, said in a statement.

An estimated 200 of the 636 lobbyists identified by Global Witness came under the auspices of official country delegations. The United Arab Emirates, for example, sent 70 people directly tied to the fossil fuel industry, including Sultan Ahmed Al Jaber, who serves as the CEO of Abu Dhabi National Oil Company while also representing the country as its climate envoy. In fact, the UAE seems hard at work trying to manage its image. The UAE is hosting next year’s summit, COP28, and is already hiring American PR firms to build up its reputation, as The Guardian reported.

Not all of the oil and gas lobbyists are necessarily tied to a state-owned oil company. For example, Canada brought executives from Enbridge, a Canada-based multinational oil and gas pipeline company.

In other instances, oil executives are showing up under unexpected banners. BP CEO Bernard Looney was registered as part of the delegation for Mauritania. Looney said he was invited by Mauritania to attend a signing ceremony for a hydrogen deal, as BBC News reported. But critics saw the manoeuvre as a nefarious attempt by the oil industry to gain access to the climate talks. “Of all the places in the world where BP could sign a deal with Mauritania, it’s difficult to understand why COP27 would be the place to do it,” Alice Harrison from Global Witness, told the BBC.

The CEO of Occidental Petroleum, Vicki Hollub, is attending as part of the UAE’s delegation. Countless other examples can be found on the participant list.

Meanwhile, there is criticism over how the entire COP was planned. Independent media platform openDemocracy reported that Hill+Knowlton Strategies, a U.S.-based PR firm, is running the communications for the event on behalf of Egypt. Hill+Knowlton Strategies has extensive ties to big corporate players who have interests at stake in the climate talks, such as ExxonMobil, Shell, BP, as well as other non-fossil fuel clients like Coca Cola, one of the largest plastic polluters in the world.

“We need to hold fossil fuel companies and their enablers to account. That includes the banks, private equity, asset managers and other financial institutions that continue to invest and underwrite carbon pollution,” he said in a speech to the UN General Assembly. “And it includes the massive public relations machine raking in billions to shield the fossil fuel industry from scrutiny. Just as they did for the tobacco industry decades before, lobbyists and spin doctors have spewed harmful misinformation.”

While the oil and gas industry has left subtle fingerprints on the COP27 event, in other instances its attempts to influence the discourse are more overt. For example, EQT, the largest natural gas producer in the U.S., based in the Marcellus shale formation, a prolific gas-producing region, also attended the talks in Egypt to talk up gas as a climate solution. A delegation of Republican members of the U.S. Congress also attended, echoing the benefits of fossil fuels.

They are not alone. Merner from Union of Concerned Scientists cited one event, which had a decarbonization theme, that included a roundtable discussion on the future of the oil and gas industry, featuring representatives from the industry. “The discussion’s very premise is troubling. There can be no decarbonization without phasing out the main cause of carbon pollution: fossil fuels,” Merner said. “The roundtable provided a platform for Eni and others,” she said, referring to the Italian oil company.

Fossil fuel companies and oil and gas-producing countries are heavily showcasing industry-friendly climate “solutions,” such as natural gas, blue hydrogen, and carbon capture and sequestration, concepts that climate groups see as false or misleading options to address climate change. For instance, Saudi Arabia said it would plant millions of trees and establish a carbon capture hub, but rejects proposals to limit fossil fuel use.

Merner said she attended a side event in which General Electric promoted its work to move Egypt towards hydrogen, without indicating whether or not the hydrogen was derived from gas. As Gas Outlook previously reported, blue hydrogen has emerged as a favourite industry solution. Manufactured from gas, with the carbon emissions captured and stored, blue hydrogen has financial and technical problems that raise questions about its long-term viability. Critics see it as a distraction.

“We believe that eventually green hydrogen will make it, but in the near term, we won’t let the perfect be the enemy of the good. We will start producing blue hydrogen,” Petronas CEO Tengku Muhammad Taufik said at one event in Sharm El Sheikh.

“The quiet part they aren’t saying out loud is that blue hydrogen is a Trojan horse for fossil gas,” Nikki Reisch, director of climate and energy at the Center for International Environmental Law, told Gas Outlook from Sharm El Sheikh.

In addition, a lot of attention has focused on the scramble to develop new gas projects in Africa in the wake of the war in Ukraine. “The dominant industry narrative that’s been echoing in these halls is that gas is critical to the energy transition and necessary to development and energy access in Africa,” Reisch told Gas Outlook. “Neither is true.”

Several heads of state from Africa have warned against having the rich world place restrictions on Africa’s development of fossil fuels, arguing that it is hypocritical given the profligate use in the Global North. “Africa must have natural gas to complement its renewable energy,” African Development Bank President Akinwumi Adesina told Reuters on the sidelines of the conference.

But that sentiment is not universal. Grassroots activists denounced the “dash for gas” in Africa. “It is once again a trap to lock us into the role of ‘gas station’, so that we’re useful to the Global North. We don’t need more fossil gas”, Mohamed Adow, founder and director of Power Shift Africa, said in a statement. “What Africa needs is a decentralized and democratic energy system based on our rich renewables potential. This is the real solution to end energy apartheid in Africa and put the world on the path to a just transition.”

A new report from Oil Change International finds that new oil and gas production approved in 2022 and other output that is on track to move forward over the next three years could cumulatively lock in 70 billion tonnes of new carbon pollution, equivalent to 17 percent of the world’s remaining 1.5-degree-Celsius carbon budget, or the lifecycle emissions of 468 coal power plants.

Addressing this elephant in the room — the global growth of fossil fuel production and consumption — remains contentious. India, the European Union, and the United States have signaled some support for including a “phase down” of fossil fuels, building on last year’s declaration that called for a “phase down” of coal. But at the time of this writing, a draft agreement did not include that language.

“With the million-dollar pavilions and glitzy talks by fossil fuel producers peddling their products as part of the solution, rather than the source of the problem that they are, COP27 resembles a trade show more than a policy space,” Reisch said.

« Future of Energy Charter Treaty uncertain
Review of gas prices in India causes storm »
Manage your preferences
To provide the best experiences, we use technologies like cookies to store and/or access device information. Consenting to these technologies will allow us to process data such as browsing behavior or unique IDs on this site. Not consenting or withdrawing consent, may adversely affect certain features and functions.
ACCEPT DECLINE VIEW PREFERENCES
Manage consent