British Columbia has high hopes for LNG growth, but some warn that say rising costs, policy changes and market risk could doom many projects. 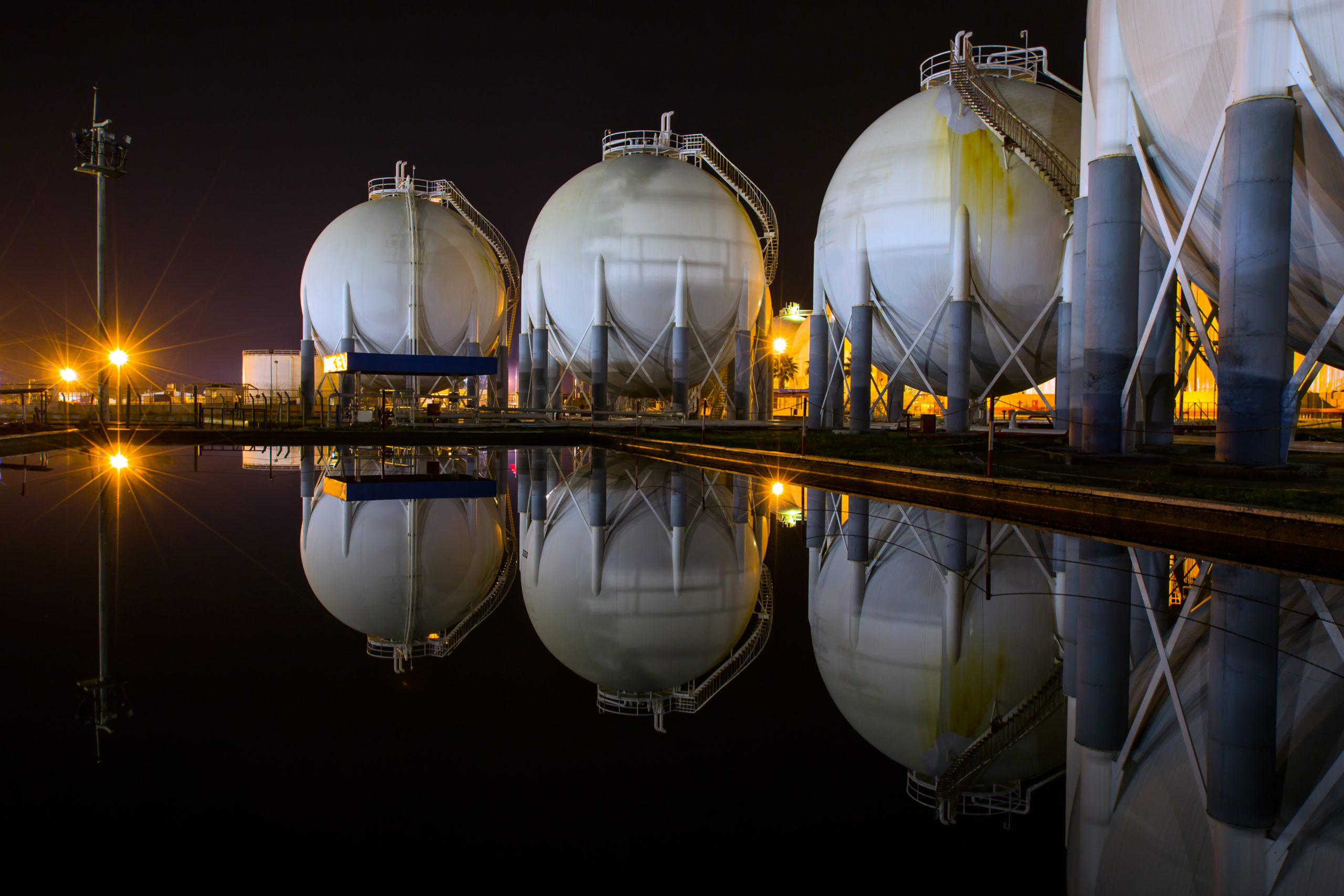 A liquefied natural gas (LNG) project under construction on Canada’s Pacific Coast will open up a new export route to Asia when it comes online, but delays, high costs, policy changes, and long-term market risk mean that Canada’s first major LNG project could also be its last, according to a new report.

The Coastal GasLink pipeline, under construction by the Calgary-based TC Energy, one of North America’s largest pipeline companies, will carry natural gas from the Montney shale formation in northeast British Columbia to the Pacific Coast for export. The pipeline will link up with LNG Canada, an export project under construction in Kitimat, BC. LNG Canada is made up of a consortium of corporate partners led by Anglo-Dutch oil major Royal Dutch Shell, with other joint venture partners including Petronas, PetroChina, Mitsubishi, and Korea Gas Corporation.

But the roughly $32 billion project is facing a litany of problems, darkening the outlook for any additional LNG projects in the province, according to a recent report from the Institute for Energy Economics and Financial Analysis (IEEFA), a non-profit think tank.

“Shell will likely bring this project to production. This project is too big, they’ve sunk too much into this project for them not to push as hard as they can,” Omar Mawji, one of the authors of the report, told Gas Outlook. “At least Phase 1 will probably go into production. But there’s just so much risk around it that I highly doubt that they will start a Phase 2.”

Constructing a greenfield project in a remote part of Canada with inadequate infrastructure is expensive to begin with, but the Coastal GasLink pipeline has suffered repeated delays, pushing up the overall costs of the project. Although it has a price tag roughly twice as much as a comparable project on the U.S. Gulf Coast, the project’s backers gambled that they could recoup those costs by exporting cheap gas from the Montney shale – historically discounted below more prominent benchmark prices such as Henry Hub in the U.S. – to Asia at much higher prices.

There are several reasons why that wager may not pay off. Shale production suffers from steep decline rates, a phenomenon that lies at the heart of the financial problems affecting the U.S. shale industry over the past decade. The Montney is no different. It is unclear if the producers can ramp up the supply needed to meet LNG export capacity beyond LNG Canada, Mawji said.

In addition, a Canadian Supreme Court case from the summer of 2021 found that the cumulative effect of the scaling up of the Montney has infringed upon the rights of Indigenous peoples, and it granted the Blueberry River First Nation more authority over the future development on its traditional territories, clouding the outlook for fast production growth going forward.

The construction of the pipeline is also hotly contested by the Wet’suwet’en First Nation, whose territory the project crosses. More delays are possible.

Ballooning costs have TC Energy and LNG Canada at odds over who should shoulder the additional burden.

The potential to make up for higher costs by capturing higher prices for the LNG sent to Asia is also questionable, Mawji said. The global price spike for natural gas and LNG that hit gas markets in 2021 is mostly irrelevant to the project, which is not scheduled to come online until 2025 or 2026. At that point, substantial new LNG capacity is expected to come online in the U.S., Qatar, and elsewhere. Today’s supply crunch – and high prices – are temporary.

Futures prices for LNG in northeast Asia (JKM) in the mid-2020s are currently below Shell’s assumed long-term price forecast of $8.50 per million Btu (MMBtu).

“In the northeast Asia market, anywhere between 2024 and 2027, where Shell would actually be exporting LNG from the LNG Canada facility, the average price is around $7.70,” Mawji told Gas Outlook. “So, it’s much lower than Shell’s expectations.”

Finally, the province of British Columbia has a climate target of reducing greenhouse gas emissions by 40 percent by 2030 from a 2007 baseline. But LNG Canada, including the pipeline and upstream gas production, would increase the province’s emissions by 7 percent by the end of the decade, according to the IEEFA report.

If BC is to hit its goals, steeper reductions may fall on other sectors of the economy and leave little room for more LNG capacity. Notably, neither the provincial government nor LNG Canada have detailed how they plan on reconciling the project’s emissions with the province’s climate goals.

A handful of other LNG projects are on the drawing board for BC, but IEEFA warns that few, if any, will ultimately go forward. “At this point, there is not a clear path to an FID for other LNG export projects on the British Columbia coast,” the report concluded.

But not every analyst shares the view that the door is closing on LNG growth in Canada.

While IEEFA sees the second phase of LNG Canada facing an uphill climb, Wang looks at it differently.

“It would actually make the economics for the project much better if you were to put in a second phase. You’re essentially covering the costs for a bigger project with more output,” he said. “You’ve already done a lot of the site work, a lot of the pipeline work. The second phase will come in much cheaper.”

Beyond LNG Canada, he said WoodMac is “cautiously optimistic” about the growth prospects for LNG in the country.

“We think hopefully by 2022, Woodfibre LNG will receive an FID. After that, it will be LNG Canada Phase 2,” Dulles Wang, director of Americas Gas and LNG Research at energy consultancy Wood Mackenzie, told Gas Outlook.

Wang said upstream supply is ample enough to serve new LNG projects, and rising demand in Asia could mean that LNG prices move higher in the late 2020s and into the 2030s. He conceded that provincial climate policy in BC would likely mean that future LNG projects would need to electrify their liquefaction facilities and take into account higher carbon prices, which could affect project economics.

But he argued that the investment case is made more compelling by the shorter transit times from the West Coast to Asia, and that it would also cut out vulnerability to shipments through the Panama Canal. “The market actually needs some sort of diversification from the [U.S.] Gulf Coast,” Wang said.

Shorter routes to Asia shave off 13 days of travel time for LNG leaving Canada’s Pacific Coast compared to the U.S. Gulf Coast, saving between $800,000 and $1,500,000 per voyage, according to Felix Booth, head of LNG for Vortexa, an energy analytics firm.

Still, LNG projects in the U.S. Gulf Coast, Qatar, and Russia have “both superior project execution credibility and a significant cost of supply advantage” compared to greenfield projects in Canada, Booth told Gas Outlook in an email.

IEEFA argues that if the financial picture for LNG Canada – the only project currently under construction – continues to darken, investors could grow increasingly wary.

“Would it be more palatable to go to the U.S. where it is easier to do something like this? Or, at that point, with the return profile that you are getting from LNG Canada, why not build renewable energy? There’s much less pushback against it,” he added.

« Could Shell’s Cambo pull-out spell the end of North Sea oil?
Experts urge caution as Africa invests in new oil, gas »
Manage your preferences
To provide the best experiences, we use technologies like cookies to store and/or access device information. Consenting to these technologies will allow us to process data such as browsing behavior or unique IDs on this site. Not consenting or withdrawing consent, may adversely affect certain features and functions.
ACCEPT DECLINE VIEW PREFERENCES
Manage consent