Is the shale gas ‘revolution’ over?

As energy companies and investors become increasingly aware of the need to make – and meet – climate targets, many are asking if the shine is coming off shale gas. 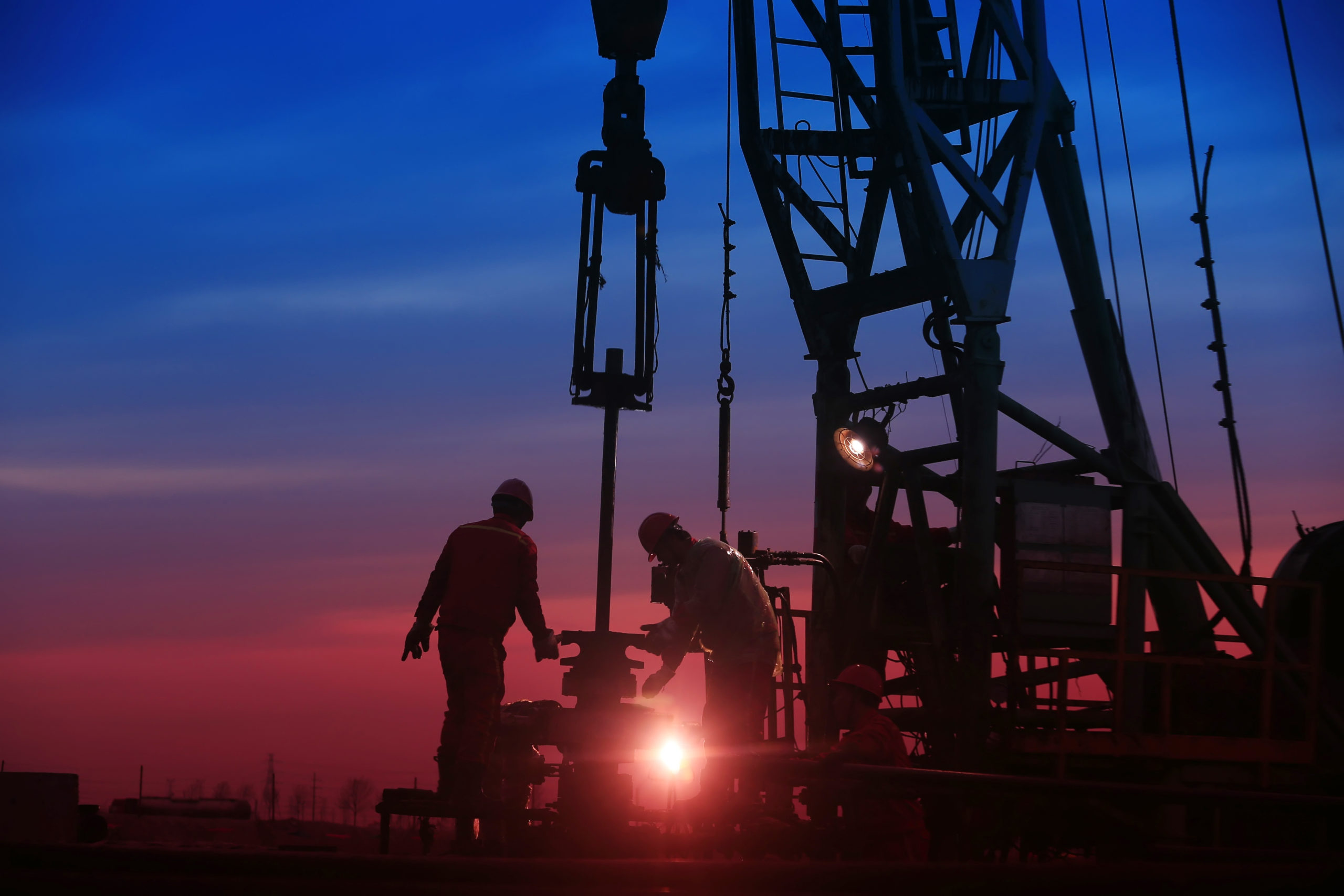 As energy companies and investors become increasingly aware of the need to make – and meet – climate targets, many are asking if the shine is coming off shale gas or if there is plenty of life left in the unconventional fossil fuel.

In January, US supermajor ExxonMobil launched the sale of shale gas properties in the Appalachian basin of Ohio. The 61 wells produced around 81 million cubic feet per day equivalent of natural gas in 2021 and were put on the market to enable it to focus more fully on development in Guyana, offshore Brazil and in Texas’s Permian basin shale field.

The sale appears to be a continuation of the general uptick in mergers and acquisition (M&A) activity that was witnessed in 2021. Last year saw US$66 billion worth of transactions across the US shale patch, according to a Financial Times report. In addition, after hitting a 13-year low in November 2021, the number of permits for shale gas wells in Pennsylvania returned to a more normal level with 69 permits in December, research by S&P Global Market Intelligence showed.

Meanwhile, Chesapeake Energy, the Oklahoma-based fracking pioneer that was the highest profile casualty of the 2020 oil crash, has also returned to the fray. In January, it announced that it was selling its Wyoming oil business to Continental Resources for $450 million. At the same time, it announced the spending of $2.6 billion in cash and equity to buy Chief Oil & Gas in north-eastern Pennsylvania’s section of the Marcellus shale gas field.

This is in line with the company’s wish to focus more on shale gas, although in a statement Nick Dell’Osso, Chesapeake’s chief executive, said he still wanted to keep some oil assets, including the liquids-producing Eagle Ford shale field in Texas. Last November, Chesapeake completed the purchase of Vine Energy, a producer in Louisiana’s Haynesville shale gas field.

Commenting on the prospects for shale gas moving forward, Eugene Kim, Research Director of Americas Gas Research at Wood Mackenzie, told Gas Outlook, that “North America gas production is alive and well, and set to further its growth owing to its significant low-cost resource base. Yes, growth in the future will be at a more measured pace, but many years of low-cost drilling locations exist to meet demand requirements.”

Peter Rosenthal, Head of Power & North American Natural Gas at Energy Aspects, also sees little sign that the shale gas ‘revolution’ is coming to an end. “It has not yet run its course, but is adjusting to several factors. Near-term we are seeing evidence of renewed increased spending in shale, particularly US Permian and Haynesville basins-to feed domestic and export oil and gas demand growth,” he told Gas Outlook.

The US shale gas industry is benefitting from a fortunate conjunction of overseas events. Many in Europe are eyeing the prospects of huge market opportunities in the shape of US gas – shipped as LNG – being used as a replacement for coal, as well as gas piped into Europe from Russia.

Russia’s Gazprom typically supplies about 40% of Europe’s gas imports. But Vladimir Putin has made no secret of his determination to cut off supply if the US and Europe impose sanctions in retaliation of a Russian invasion of Ukraine.

Indeed, according to a Wall Street Journal report, Russia has already, “sharply truncated deliveries.” Germany is especially vulnerable due to its overwhelming dependence on Russian gas. This follows its decision to close down its domestic nuclear and coal-fired power stations. In December, the country shut down three nuclear plants, even as Russia was reducing its gas supplies westward. Three more will be mothballed this year.

For its part, the US state department has warned Russia that if it invades Ukraine then Nord Stream 2, the Russian-designed gas pipeline project, will not move forward. The project has now been put on ice. At the end of January, European Commission Vice President Valdis Dombrovskis confirmed that Nord Stream 2 had been put on hold. He said the commission was “looking into the project’s compliance with Europe’s energy policy.” This could be very beneficial for US LNG.

Data from Refinitiv, the US-British global provider of financial market data, showed that it was sky-high European demand that drove US LNG exports to a record in December. Indeed, half of the record US volumes shipped that month went to Europe. This is up from 37% earlier in 2021, according to Refinitiv and the US Energy Information Administration (EIA) as reported by Reuters.

With US LNG exports running at more or less full capacity, US political leverage in the face of Russian threats to turn down the gas taps is currently limited. More US LNG export capacity is expected to come online later this year, which will make the US the world’s top LNG exporter. Kim commented: “Between 2025 and 2032, North American LNG exports could increase by more than 10 billion cubic feet per day (bcfd). The current wave of LNG exports is already nearing 13 bcfd. Quite amazing considering just seven years ago, the first US Gulf Coast export terminal at Sabine Pass LNG produced its first cargo.”

But all of this might not be enough to satisfy European consumers this winter. According to the WSJ, US President Joe Biden is now busy, “scrambling to locate spare gas to rescue Europe from Mr. Putin’s tender mercies,” including from Qatar and Australia in a bid to make up the shortfall.

In a joint statement from the US and the European Union released at the end of January, the President of the European Commission Ursula von der Leyen and US President Biden affirmed their joint commitment to Europe’s energy security.

“The United States and the EU are working jointly towards continued, sufficient, and timely supply of natural gas to the EU from diverse sources across the globe to avoid supply shocks, including those that could result from a further Russian invasion of Ukraine. LNG in the short-term can enhance security of supply while we continue to enable the transition to net zero emissions,” the statement said.

In some respects, the recognition that Germany as well as the rest of Europe will need to import ever greater quantities of US LNG is rather belated. Although the Trump Administration pressed Germany to build LNG import terminals to diversify its gas supply they have so far been stonewalled by permitting delays.

But while the US shale gas industry looks forward to its long-sought dividend in the form of increased LNG sales to Europe, it is also under fire from environmentalists at home who claim that the industry itself it is a major source of pollution.

An environmental report released by The Environmental Defense Fund (EDF), which conducted an aerial survey over the Permian Basin of West Texas in July and August last year, claims that about 30 oil and gas facilities in the Basin have spewed more than 100,000 tons of methane annually over the past three years.

The emissions from what the EDF describes as ‘super emitters’ are equal to air pollution from a half-million passenger vehicles. Rosenthal said that the industry was under pressure from the ‘green’ lobby, telling Gas Outlook: “Oil and gas producers are getting pushback from increased federal scrutiny on methane emissions and therefore flaring, and the need to move to lower- or zero-carbon energy.”

Kim added: “There is downside risk due to increased regulatory pressures,” but he noted that “upside risk exists as well from more methane capture from responsibly sourced gas (RSG).”

« AI gives oil and gas industry an eco-boost
Which countries are most exposed to energy transition costs? »
Manage your preferences
To provide the best experiences, we use technologies like cookies to store and/or access device information. Consenting to these technologies will allow us to process data such as browsing behavior or unique IDs on this site. Not consenting or withdrawing consent, may adversely affect certain features and functions.
ACCEPT DECLINE VIEW PREFERENCES
Manage consent