Quebec is first jurisdiction to ban oil and gas. Will there be more?

A handful of governments have decided to restrict oil and gas development. But climate targets mean that many more will need to follow. 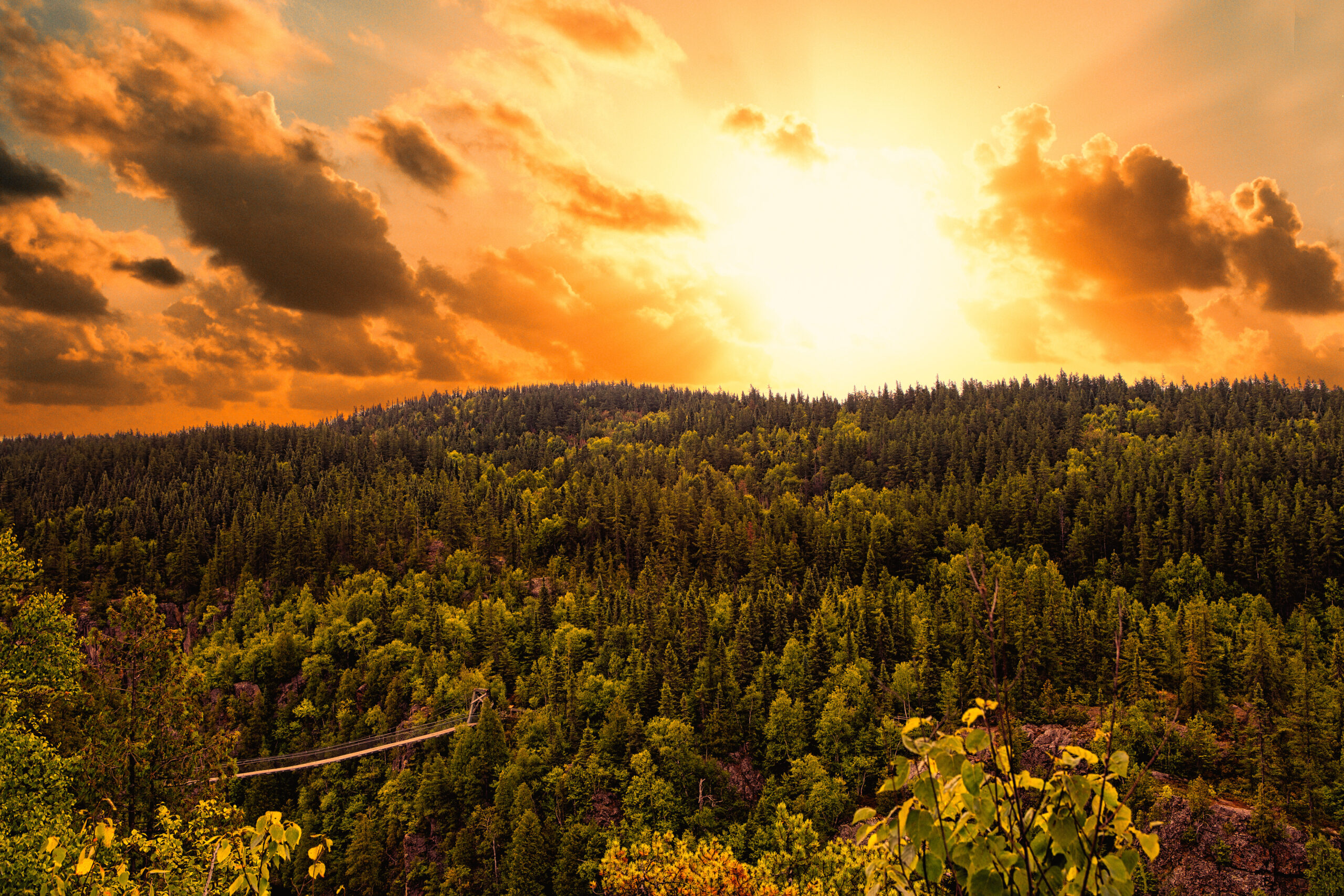 In April, the Canadian province of Quebec became the first government in the world to explicitly ban oil and gas development and mandate the shutdown of existing drilling sites within three years.

The new law comes after Quebec announced during the COP26 international climate negotiations in Glasgow last year that it would join the Beyond Oil and Gas Alliance (BOGA), an international coalition of governments aiming to phase out oil and gas production. Led by Denmark and Costa Rica, Quebec is a “core member” of BOGA, along with France, Greenland, Ireland, Sweden and Wales.

“The Quebec government has shown real climate leadership by becoming the first government in the world to explicitly ban oil and gas development on its territory. This historic step is a result of decades of hard work from communities across the province,” Julia Levin, national climate programme manager at Ottawa-based Environmental Defence, a non-profit, told Gas Outlook.

Quebec is a trivial producer of oil and gas, so the ban has little practical impact on the industry. But Levin added that while it may have appeared easy for the province to ban oil and gas development, there was still industry opposition. The Quebec Energy Association estimates the province holds between C$45 billion and C$200 billion worth of oil reserves. And there were 182 active permits for oil and gas extraction, Levin said.

“Ensuring a safe future will require governments across Canada, and the world, to take a page from Quebec’s playbook and put in place plans to wind down fossil fuel production,” Levin said.

Other members of BOGA also have negligible levels of oil and gas production. But the signal that a government outlawed oil and gas development, even if it is below the national level, is still pretty powerful, advocates say.

“It’s pretty significant. Of course, Quebec is not a producer of oil and gas, but it is totally normal that the first mover is not the one that has the most to lose and the opportunity cost is the lowest,” Émile Boisseau-Bouvier, a climate policy and ecological transition analyst at Montreal-based NGO Équiterre, told Gas Outlook.

Boisseau-Bouvier said that sends a positive message to other governments around the world about what is possible.

It builds on a movement that has been picking up some momentum in the past year. “Our concern now is to remove the temptation, either today or at any time tomorrow, for there to be any current or future government who might think that returning to fossil fuels of the past century is actually a good idea for our country,” Christiana Figueres, former executive secretary of the UN Framework Convention on Climate Change (UNFCCC) and Costa Rica diplomat told Reuters in a 2021 interview. Last year, Costa Rica considered a permanent ban on oil and gas development, codifying a temporary ban already in place, although the legislation was delayed because there weren’t enough votes in the legislature. More recently, the newly-elected conservative President Rodrigo Chaves has raised concerns among environmental activists due to his comments during the campaign that he might consider new natural gas exploration.

California, an associate member of BOGA, has released a plan to slash oil use by 91 percent by 2045. Unlike some of its peers, the state is a sizeable oil and gas producer, averaging roughly 340,000 barrels per day. Output is declining, however, and the state is working on a phaseout of oil and gas production over the next two decades.

But environmental groups say it’s not fast enough and have criticised Governor Gavin Newsom and state officials for not fleshing out the details more. The 2045 plan is “disastrous for climate and leaves working class Californians behind,” said Martha Dina Arguello, Executive Director of Physicians for Social Responsibility-Los Angeles and Co-Chair of the Air Resources Board Environmental Justice Advisory Committee. “At a time when California needs to be phasing out fossil fuels, our top air regulators are bowing to fossil fuel lobbyists at the expense of our health and future.”

Another global initiative, the Fossil Fuel Non-Proliferation Treaty, aims to sign up governments to commit to stopping the expansion of coal, oil and gas by ending all new exploration and production and phasing out existing production. Using nuclear non-proliferation treaties as a source of inspiration and a model for action, the treaty has signed up 50 cities and subnational governments, stretching from Vancouver, British Columbia to Birmingham, UK, to Sydney, Australia.

“The movement to address supply side issues is growing in leaps and bounds,” Cara Pike, senior communications advisor to the Fossil Fuel Non-Proliferation Treaty and executive director of Climate Access, told Gas Outlook in an email. “When it comes to the Fossil Fuel Treaty, we now have cities on every continent that have endorsed the call for a Treaty and are advocating higher levels of government except in Africa yet we expect cities to come on board there soon too.”

The debut of BOGA at COP26 ramped up pressure on the global supply of fossil fuels. But since then, Russia’s invasion of Ukraine and the subsequent spike in global oil and natural gas prices has governments pursuing a mixed path towards more energy supply and reduced demand.

Europe is betting big on renewables, but also new sources of liquefied natural gas. Politics in the U.S. are even more discouraging in terms of climate action. President Biden’s signature Build Back Better Act, which would have poured more than half a trillion dollars into clean energy, was put on ice. There are talks to revive it, but it’s not clear if it will move forward.

Instead, in the face of high prices, President Biden has publicly called for more oil and gas drilling, not less. He has also pledged to send more gas to Europe to alleviate a supply crunch, even though new gas export terminals won’t come online for years.

Notwithstanding Quebec’s ban on oil and gas development, Canada too is pressing forward with more drilling. Prime Minister Justin Trudeau announced a new climate target a few months ago, but he has not yet imposed meaningful limits on oil and gas production.

“Alberta is not going to be the second jurisdiction,” Boisseau-Bouvier said, referring to Canada’s largest oil and gas producing province. But the Quebec ban still “moves the needle in the right direction.”

Canada has also explored ways to boost oil and gas because of the war in Ukraine. Trudeau’s government wants to build LNG capacity to export more gas.

The promoters of a major C$9 billion (USD$7.2 billion) LNG project in Quebec, Energie Saguenay, which was rejected by both provincial and national authorities on environmental grounds, have tried to resuscitate the project in the wake of the war. Boisseau-Bouvier said the environmental problems with the project – the basis for which it was rejected – have not changed simply because global gas prices are higher. “It’s a dead project, even if that doesn’t fit the narrative of certain politicians,” he said.

While some governments are calling for more oil and gas production due to high prices, activists warn governments not to take the wrong lessons from the war.

“The war in Ukraine is driven by fossil fuels and is a painful example of the conflict and instability associated with oil, gas and coal which takes place around the world,” Pike said. “Locking in more emissions as well as economic, health and ecological risks is not going to move us to peace. Moving to clean, distributed energy will.”

Moreover, many countries large and small have made pledges to hit net-zero greenhouse gas emissions by 2050. That ultimately means that more restrictions on oil and gas production are coming, whether now or in the future, Boisseau-Bouvier said.

“If you want to be net-zero, you can’t be the last oil producer standing. We cannot all be the last producer standing. We have to phase out fossil fuels,” he said. Further delay increases the risk of an abrupt and much more disruptive shutdown of polluting industries somewhere down the road. “We have to plan this transition right now,” he said. “If we don’t plan this transition in 2022, it will let down the workers of 2040 and 2045.”

« Ukraine war accelerates EU hydrogen push
EU partial ban on Russian oil ramps up supply pressure »
Manage your preferences
To provide the best experiences, we use technologies like cookies to store and/or access device information. Consenting to these technologies will allow us to process data such as browsing behavior or unique IDs on this site. Not consenting or withdrawing consent, may adversely affect certain features and functions.
ACCEPT DECLINE VIEW PREFERENCES
Manage consent