An ‘autopsy’ report into U.S. power outages found a staggering number of gas-fired power plants went offline during a major winter storm in the United States. Critics say the incident highlights the unreliability of fossil gas. 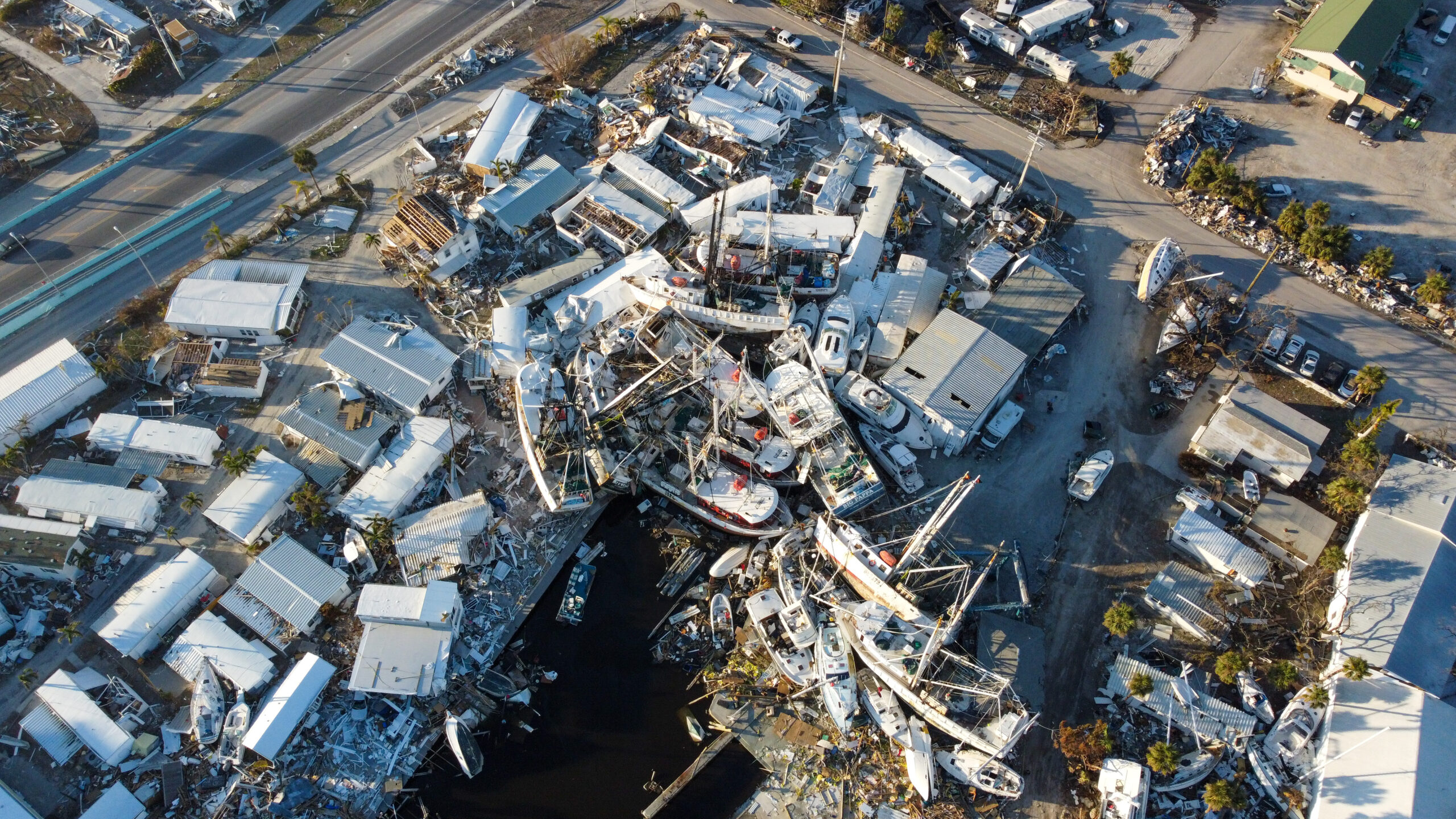 In December, much of the continental United States was frozen beneath historic winter conditions, with rapidly plunging temperatures and widespread disruptions to the electricity grid. A preliminary report into U.S. power outages from the nation’s largest grid operator found that gas-fired power plants failed at an astonishing rate at a critical moment during the December storm.

An unusual winter storm swept across much of the U.S. on December 23 when a so-called “bomb cyclone” brought cold temperatures, extreme winds, and large accumulations of snow and ice. More than 70 people died in what became known as Winter Storm Elliott.

PJM, the grid operator for 13 states across the mid-Atlantic region, plus the District of Columbia, said that the region saw an “unprecedented” 29-degree-Fahrenheit temperature decline in just 12 hours on December 23. In the lead up to the storm, PJM said it was prepared and notified electricity generators across its territory several days in advance so that they could take precautions to ensure power generation continued.

But an enormous number of power plants failed during the storm. In a preliminary analysis of what went wrong — an “autopsy” of sorts — PJM found that over 46,000 megawatts of capacity failed to perform on Christmas Eve, with more than 32,000 megawatts coming from gas-fired power plants, or more than 70 percent of the total. A comparatively small amount of nuclear power was sidelined.

An estimated 92 percent of the outages were reported to PJM with less than one-hour notice.

“Quite frankly, while a lot of resources did perform well, generator forced outages were unacceptable,” PJM Senior Vice President of Operations Mike Bryson said on January 11 when the grid operator met to review the December events.

Gas Outlook asked PJM why the outages came with very little notice, and a spokesperson said that the grid operator was not informed by the power plant owners ahead of time. “[G]enerators did not provide us with that information and we found out most of the time when we called on them and they told us they couldn’t run,” Jeffrey Shields, a spokesperson for PJM, told Gas Outlook in an email.

Anticipating that it had over 29,000 megawatts of electricity in reserves, PJM did not expect that so many power plants would face disruption all at once. PJM also underestimated demand, which spiked because of the cold, by roughly ten percent.

PJM managed to just barely avoid widespread U.S. power outages after undertaking extraordinary measures. It asked the public to cut back on their energy use, and utilities in the PJM service area echoed those calls. Some power plants were allowed to temporarily exceed pollution limits set by federal regulators.

The power plant owners who failed to perform during the storm could face as much as $2 billion in fines.

“Gas is not as firm as it claims to be”

Many of the gas-fired power plants failed because they were cut off from gas supplies upstream after frigid temperatures disrupted the flow of gas through pipelines. “There just was not enough upstream supply to match the demand,” Brian Fitzpatrick, a fuel supply analyst at PJM, told Reuters.

Total U.S. gas production plunged by as much as 20 percent, according to the PJM analysis. That nationwide figure was much higher in some parts of the PJM area. Ohio, for instance, saw its gas production fall by more than half. EQT, the Pittsburgh-based fracking giant and the largest gas producer in the country, temporarily lost 30 percent of its production.

There are many points of failure along the gas supply chain. Natural gas contains liquids that can freeze. Extreme cold can impact operations at well sites, gathering lines, compressor stations, pipelines, and at power plants. Also, unlike coal or nuclear power, gas is generally not stored on site, so disruptions anywhere along the supply chain can have ripple effects elsewhere.

Catastrophic weather events are becoming increasingly likely and more severe as the climate crisis worsens. “This storm underscores the increasing frequency of significant extreme weather events (the fifth major winter event in the last 11 years) and underscores the need for the electric sector to change its planning scenarios and preparations for extreme events,” Jim Robb, CEO and President of the North American Electric Reliability Corporation (NERC), a not-for-profit international regulatory authority that ensures grid reliability in the U.S., Canada, and part of Baja California, Mexico, said in a statement in December.

Gas Outlook reached out to NERC about the significance of the grid impacts from the December storm, but NERC declined to comment. A spokesperson said it would await the results of a joint investigation it is conducting along with the Federal Energy Regulatory Commission (FERC).

When asked if there are broader lessons to be learned about the stability and reliability of the grid, Shields, the spokesperson for PJM, said that a more comprehensive report addressing those issues is planned to be released in mid-April.

But others say that the popular notion that renewables are unreliable while gas is “firm” is a misconception.

“Yet again, system-wide fossil fuel plant failures came close to causing a major disaster. As Winter Storm Elliott went on, power plant after power plant failed. Some couldn’t get fuel, some just stopped working, and still others failed to start when called on,” Tom Rutigliano, senior advocate at NRDC, a national environmental NGO, said in a statement.

“History has proven again and again that gas is not as firm as it claims to be, and reliability will continue to suffer until that fact is accepted,” Rutigliano said. “PJM must plan accordingly, and reform rules that subsidize fossil fuel power plants by pretending they’re more reliable than they really are.”

« New UK LNG tie-up with U.S. raises questions
Expansion of LNG in Europe opposes climate targets: report »
Manage your preferences
To provide the best experiences, we use technologies like cookies to store and/or access device information. Consenting to these technologies will allow us to process data such as browsing behavior or unique IDs on this site. Not consenting or withdrawing consent, may adversely affect certain features and functions.
ACCEPT DECLINE VIEW PREFERENCES
Manage consent