The International Gas Union (IGU), a prominent international gas trade association, has been trying to position gas as a “green” solution in an effort to forestall climate policies, documents show. 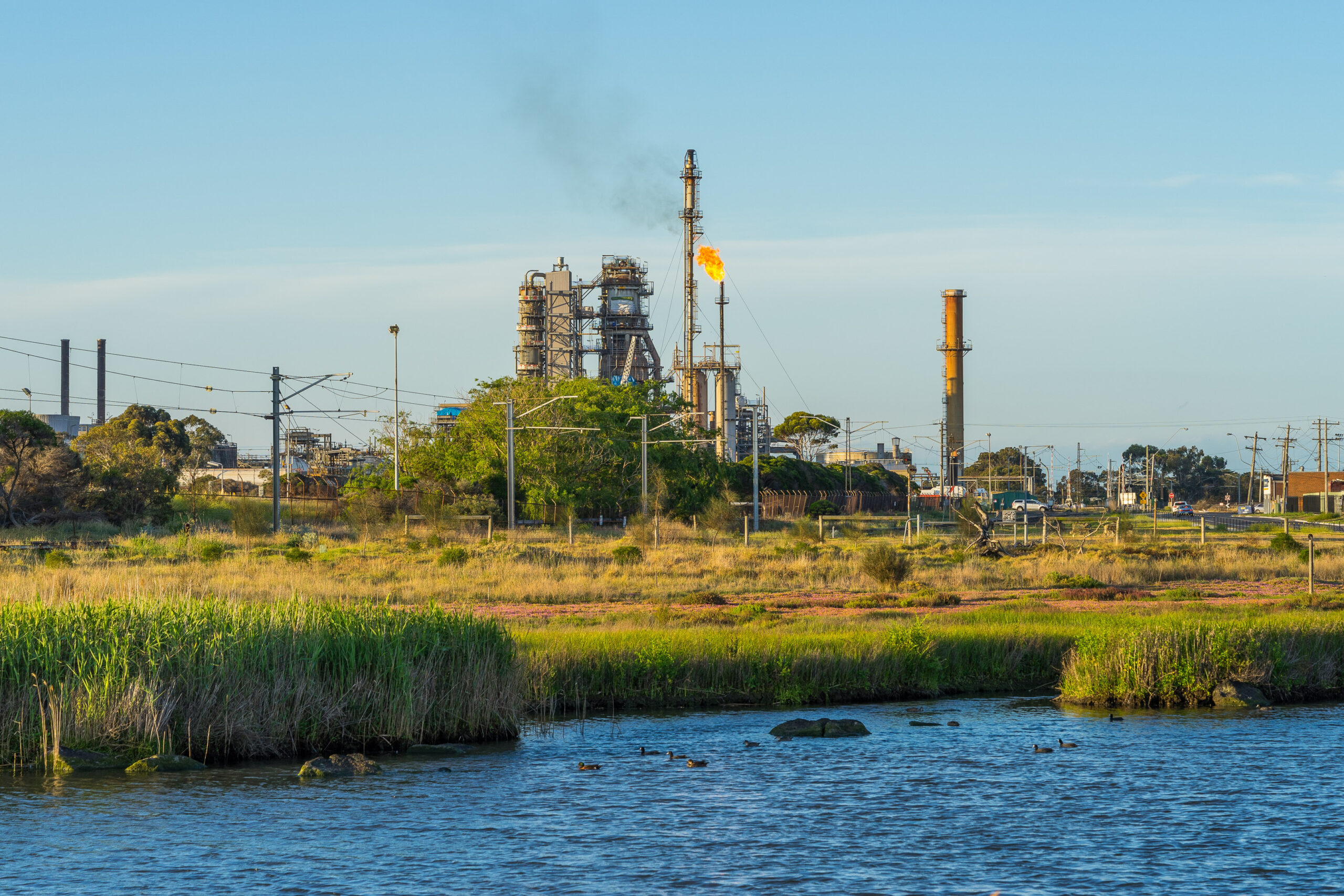 The global gas lobbying organization IGU has attempted to redefine methane gas as a “green” solution in an attempt to undermine climate action, according to documents and internal communications obtained by InfluenceMap, a watchdog group.

The IGU is a trade association that lobbies on behalf of its members, which include some of the world’s largest oil and gas companies, including Equinor, Engie, Shell, Total, Eni, and Chevron, among others. It also includes LNG exporters, such as Cheniere Energy, Sempra LNG, and NextDecade. IGU considers itself “the spokesperson for the gas industry worldwide,” and its more than 150 members represent over 90 percent of the global gas market.

Publicly, the IGU says it supports the Paris Climate agreement and decarbonising the global energy system. But faced with what it sees as an “existential” threat from growing pressure to address climate change, the IGU has developed a series of regionally-specific strategies to push back against climate action, as internal documents obtained and published by UK-based InfluenceMap in December demonstrate.

“This debate could be potentially existential for the global natural gas value chain,” the IGU stated in a May 2021 document used at an executive meeting, referring to global efforts at decarbonisation.  “Potential regulatory changes combined with a restriction of liquidity to the sector could have highly damaging effects to the industry.” It is not in the IGU’s interest to “ignore the issue, but to find a positive message to defend and enhance the role of gas in the global energy dynamic,” it said.

The IGU’s playbook involved tailoring promotional messages to appeal to different markets around the world. In Europe, that meant playing up the “green” aspects of gas. In Africa, South America, and parts of Asia, the IGU would position gas as a crucial development strategy.

The campaigns were aimed at heading off climate policy and regulation, according to InfluenceMap.

“IGU quite clearly connects its ‘greening of gas’ with the threat of regulatory action on climate change, as well as its use in advocating for further investments into fossil gas,” Faye Holder, a programme manager at InfluenceMap, told Gas Outlook.

Documents show an intentional strategy to conflate fossil gas with other forms of gas, such as hydrogen and biomethane, in order to position the gas industry as a solution to the climate crisis.

One 2021 PowerPoint slide states that the IGU is “broadening its mandate to include renewable gases, decarbonised gases and low-carbon gases, in addition to natural gas.” The slide goes on to declare that “It is imperative that the IGU positions gas — defined more broadly — as a necessary part of the solution and as a vital component of the world’s future energy mix.”

The strategy to expand the definition of gas “provides IGU with a broader platform to engage in important energy debates, and deepens rationale for infrastructure investment for governments and development banks,” another slide stated.

The group’s public affairs strategy sought to counter detractors, and create “relationships and partnerships” with influential stakeholders, including media, think tanks, and development banks. One slide shows a strategy of engaging with development banks, including the World Bank and the African Development Bank to “avoid negative outcomes,” such as “restricting finance for gas network expansions” or “premature closing or bans on [gas] power stations.”

Protecting gas interests, however, is stalling climate action, experts say. “This new analysis by InfluenceMap shows the fossil gas industry is knowingly pushing the world to disaster through continued long-term promotion of its dangerous products,” Ben Franta, a senior research fellow and head of the Climate Litigation Lab at the University of Oxford, said in a statement. “Equally disturbing, these documents show how the industry has established partnerships with news companies, environmental organizations, and even universities in order to normalize the continued production and use of fossil fuels. After decades of delay, denial, and obfuscation from the fossil gas industry, it is time for accountability.”

Gas lobbying achieves some of its objectives

The campaign has arguably succeeded in watering down climate policies in different parts of the world. For instance, the European Union decided last year to classify gas as “sustainable” in its Sustainable Finance Taxonomy, opening up the door for more capital to flow into the gas industry and allowing those investments to be labeled as green.

“The IGU documents state that this effort to green gas was underway in 2020, which seems to coincide with a lot of the lobbying from the gas industry on the Sustainable Finance Taxonomy,” Holder told Gas Outlook. “Originally, fossil gas had been effectively excluded from being classified as green, following the recommendations of the European Commission’s Technical Expert Group. In response, the gas industry lobbied the policy heavily, using the same talking points as those described in the IGU documents, and were ultimately successful in getting fossil gas into the green classification.”

Support for fossil gas and hydrogen blending was also included in the EU’s Hydrogen and Decarbonised Gas Package, as well as preferential tax treatment for gas in Europe’s Energy Taxation Directive.

Holder added that other examples of the IGU succeeding in protecting the interests of the gas sector at the expense of climate policy include the “gas-fired recover,” a plan that pumped government money into the gas sector in Australia in response to the pandemic. In Korea, the gas industry secured higher emissions allowances and the inclusion of LNG into its sustainable taxonomy.

In the U.S., IGU members — including ExxonMobil, Chevron, and the American Gas Association —lobbied heavily to weaken methane regulations and taxation, and also succeeded in scrapping an aggressive decarbonisation plan for the electricity sector in President Biden’s proposed Build Back Better agenda, which ran aground in 2021.

In a response to questions from Gas Outlook, Tatiana Khanberg, an IGU spokesperson, referred to a previously published statement following the publication of the InfluenceMap report.

“The IGU supports the Paris Agreement, Nationally Determined Contributions to reduce GHG emissions, and it is committed to the significant decarbonisation of the global energy system,” the statement said. It goes on to argue that decarbonisation will require the use of gas, which according to the IGU includes “natural gas, renewable or biogas, hydrogen, carbon capture technologies and the necessary infrastructure to deliver this energy to people and businesses.”

Holder said the documents do not reveal which companies or associations are the driving force behind the global lobbying efforts, but some of the efforts do appear coordinated across borders. For instance, IGU had a campaign called “Energy For All,” which promoted gas as a source of sustainable development. Contributors to the campaign included companies from around the world, including Shell, Gazprom, Engie, AGL, and Sonatrach, as well as the Canadian Gas Association and Malaysian Gas Association.

“This line-up also demonstrates the global nature of the strategies disclosed in the IGU documents,” Holder told Gas Outlook.

At the same time, other gas lobbying groups are echoing the same talking points as IGU. Holder pointed to Eurogas, a separate European gas lobbying group, which happens to share some of the same corporate members as IGU, such as Cheniere, Engie, Eni, Equinor, Shell, Sempra, and Uniper, to name a few. “Eurogas and IGU share many of the same powerful members, so it seems likely the companies are either driving this strategy directly, or at the least taking it across to their other industry associations,” Holder said.

« PetroEcuador struggles to tap Amazon oil after ejecting NSE
New UK LNG tie-up with U.S. raises questions »
Manage your preferences
To provide the best experiences, we use technologies like cookies to store and/or access device information. Consenting to these technologies will allow us to process data such as browsing behavior or unique IDs on this site. Not consenting or withdrawing consent, may adversely affect certain features and functions.
ACCEPT DECLINE VIEW PREFERENCES
Manage consent