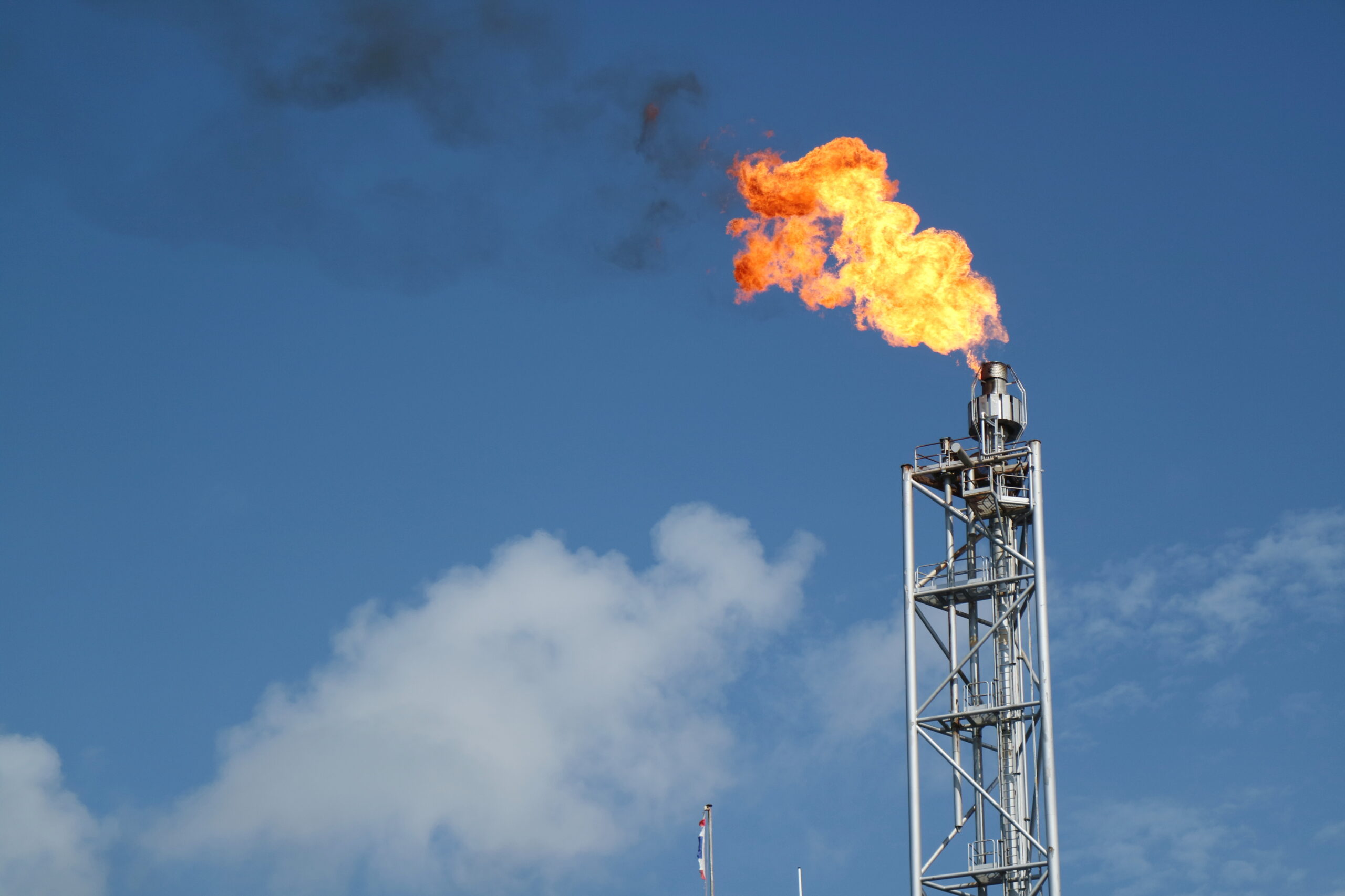 Last year, atmospheric methane concentrations increased by the most in a single-year since record-keeping began forty years ago, according to data released by the World Meteorological Association (WMO) in October.

The jump in atmospheric methane is an ominous sign that emissions from the energy and agricultural sectors are heading in the wrong direction. At the same time, more methane is also seeping out of wetlands and other biological sources, which raises fears that climate feedback loops are dangerously near. If permafrost is melting because of rising global temperatures, releasing more methane, a cycle of emissions would be difficult to stop.

Scientists have warned with increasing urgency that the world must drastically reduce methane emissions, with major sources coming from the energy, agriculture, and waste sectors.

“There are cost-effective strategies available to tackle methane emissions, especially from the fossil fuel sector, and we should implement these without delay,” WMO Secretary-General Petteri Taalas said in a statement.

Methane is more than 80 times more potent a greenhouse gas compared to carbon dioxide over a 20-year period. That means its climate impact is vastly more powerful than CO2. But because it dissipates over a short period of time, swift action can shave off future warming impacts relatively quickly. In other words, atmospheric methane is an alarming problem, but is also low-hanging fruit for climate action.

The disturbing data on increases in atmospheric methane comes as the world gathers in Sharm El-Sheikh, Egypt, for international climate negotiations. Last year, at the climate talks in Glasgow, more than a hundred countries signed onto the Global Methane Pledge, a voluntary pact to collectively cut methane emissions by 30 percent by 2030. This time around, at the COP27 Conference in Egypt, dozens of countries plan on laying out more specific details and plans on how they will implement those cuts.

“I think we’re in a good place, in the first year of the pledge,” Jonathan Banks, global director of methane pollution prevention at Clean Air Task Force, told Gas Outlook. He said that a little more than 130 countries have signed onto the pledge, with new additions from Brazil, Australia, and Angola, among others. And around 40 countries are coming to Egypt with action plans on how they plan to reduce methane emissions.

He pointed to some of the progress since the pledge was unveiled a year ago. “We’ve had Columbia finalize oil and gas regulations earlier this year. We had the passage of the Inflation Reduction Act in the United States, which included a methane fee” on oil and gas producers, Banks said, referring to the historic climate investment law passed this summer.

On Friday, President Biden announced new initiatives upon his arrival at COP27. He unveiled highly-anticipated federal regulations by the U.S. Environmental Protection Agency (EPA) on methane emissions from the oil and gas sector, which requires new monitoring and leak detection, limits on flaring, and other equipment standards. It will also target “super emitters,” the relatively small number of drillers that account for an outsized portion of methane emissions in the oil field. Taken together, the EPA rules, which will be finalized next year, will reduce the oil and gas industry’s emissions by an estimated 87 percent from 2005 levels by 2030.

In addition, the U.S., the European Union, Japan, Canada, Norway, and the UK announced a new commitment to minimize flaring and methane emissions across the fossil fuel sector. The plan, light on details, was framed as an initiative by major exporters and importers of fossil fuels, which could help clean up the supply chain and trade of oil and gas.

While the first year of the methane pledge has seen substantial progress, there are shortcomings and gaps that remain. Banks said that he had hoped to see a plan from the World Bank to offer financing for methane reduction projects, which would have likely inspired follow-on help from other multilateral banks. That remains a gap — projects to reduce methane at a waste facility in a particular country, for instance, may be costly but may not be large enough to attract the attention of multilateral development banks. More innovative financial mechanisms are needed, but it doesn’t appear that progress on that front is likely at COP27.

The architecture also needs to be formalized. The Global Methane Pledge has no governing body; it’s merely an amalgamation of voluntary commitments. There also needs to be guidance on how to define and put together action plans, and how to follow up and measure progress, Banks said. And more countries need to step up with concrete plans.

Still, governments have pushed the ball forward since Glasgow last year. “It’s often hard to see the impact and progress of the pledge, but from where I sit, the first year has been a very good, successful year — if you are evaluating it on a first-year basis,” he said.

Governments are making pledges, but the bulk of energy sector methane pollution comes from corporate entities.

The report used metrics from the International Energy Agency, which does not identify specific reasons for why some companies perform better or worse than others. But the national oil companies (NOCs) are huge sources of methane pollution in part because of their enormous size. Other reasons for methane emissions could be different leakage rates, which could be explained by the age of infrastructure, the amount of gas flared and vented, different regulatory regimes, or other causes.

Mason Inman, one of the authors of the report, said that improving satellite technology will allow researchers to get a more accurate picture of methane leaks going forward.

“In the future, with more satellites providing monitoring of methane emissions—including EDF’s MethaneSAT, and CarbonMapper’s planned satellites—we should be able to get a better idea of what the actual methane emissions rates are from oil and gas infrastructure, and which parts of infrastructure are most responsible for leakage or venting,” he told Gas Outlook in an email, referring to some prominent satellite initiatives aimed at detecting methane.

The problem is that methane leaks out at every stage of the supply chain — at the wellhead, vented from the flare stack, and leaks from processing facilities, compressor stations, and long-distance pipelines. In fact, there are plenty of reasons to think that the actual amount of methane released by the energy sector is worse than what is reflected in the data, because many leaks go unreported.

Meanwhile, fossil fuel companies and their trade associations continue to lobby to weaken or prevent new regulations on atmospheric methane in both Europe and the United States, according to new research from InfluenceMap, a watchdog group.

“Many of the companies involved in this lobbying effort are the same companies that have made public comments about the need to reduce methane emissions,” InfluenceMap senior analyst, Vivek Parekh, said in a statement. “Given the strong industry pushback against methane regulations in Europe and the United States, it’s not particularly surprising that other jurisdictions have so far been slow to follow suit with their own policy proposals.”

The report pointed to lobbying efforts by the American Petroleum Institute, the most powerful oil lobbying group in the U.S., which has been working to weaken federal regulations. And in Europe, companies including BP, Eni and Equinor, have opposed EU rules to require leak detection and repair.

“As more countries prepare to announce methane regulations, this research gives an indication of the arguments and lobbying intensity that policymakers can expect from the corporate sector,” Parekh said.

« Switch to renewable energy jobs faces hurdles
Gas flares in Nigeria oil heartland harm children »
Manage your preferences
To provide the best experiences, we use technologies like cookies to store and/or access device information. Consenting to these technologies will allow us to process data such as browsing behavior or unique IDs on this site. Not consenting or withdrawing consent, may adversely affect certain features and functions.
ACCEPT DECLINE VIEW PREFERENCES
Manage consent